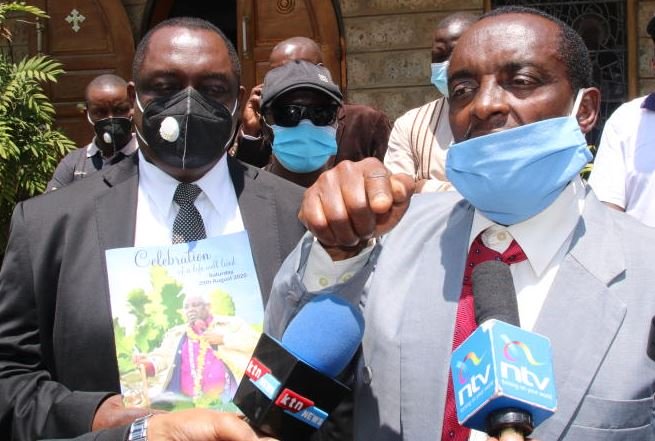 The body of former Nairobi Provincial Police Chief Timothy Muumbo has been lying at Lee Funeral Home since 2015 as the family battles over where he should be burried.

Muumbo was among the first cadre of Kenyan police officers to be trained at the Scotland Yard, UK in the 1950’s.

He died in 2015 leaving behind an estimated estate worth Sh1Bn and a divided family that has seen his burial delayed. According to his autopsy report, it was controversially claimed that he had died of a heart attack.

However, things took a sharp turn after it was discovered that some of his organs had been extracted. Former Chief Government Pathologist Dr Moses Njue was accused of cutting the organs raising suspicions on the death.

May 15 2018, Dr Njue and his son was charged with stealing a heart from the corpse in Nairobi in 2015 at the Lee Funeral Home.

In the middle of the crisis is the clash over where to bury Timothy a polygamous man who’s both wives are also deceased. A part of the family have preferred for him to be buried in Mwingi, his ancestral home and also where his first wife was buried. The other faction is insisting on him being buried at his second wife’s home.

Mwinzi Muumbo who’s the first born stopped the collection of the body when the family of the first wife had gone to collect it this week for burial. He used a court order giving him the authority to allow the body be collected from Lee to stop arranged collection. Mwinzi is reported to be siding with the second wife’s family.

The body has accrued Sh4.7 million in mortuary fees.