Bank of Baroda has refuted claims that it’s directors are engaged in fraudulent activities. This follows publications on local blogs that claimed that the directors A Saravanakumar, Ravi Kant Pathak and Rameshchandra Chunilal Meht were allegedly targeting customers who’ve borrowed from the bank and harassing them.

The blogs claim that the trio nicknamed ‘Three Maharaja Musketeers’ brag they are untouchable as they have the direct blessings of the banks Chairman Dr. Hasmukh Adhia and Shri Sanjiv Chadha, Managing Director & CEO therefore can do as they wish.

The blogs also claimed that the bank’s management are in bed with corrupt judiciary officials whom they allege are being bribed to make rulings in their favor. A High Court judge has been adversely mentioned in the numerous blogs as having been allegedly bribed to rule in favor of the lender.

A representative of GlassHouse PR who’re representing Bank of Baroda told Kenya Insights that the claims are untrue. He went further to say the firm was working with Communication Authority to bring down the pages that had exposed the story of the bank’s activity. It is however unclear why they opt to have the pages pulled down instead of addressing the matter or better yet sue for defamation if the claims on the blogs are untrue.

Some of the tactics that corporates and individuals use to silence criticism and whistleblowing includes DDOS attacks and backdoor censorship using CA because this is Kenya and government institutions are extremely corrupt.

As Baroda Bank engage PR firms to salvage the situation, it is empirical for the anti-banking fraud unit, EACC, DCI and relevant investigative authorities to look into the claims made to determine if they’re true or false. This is in the best interest in protecting the depositors who’re often the casualties in banks collapse.

The claims of a judicial officer getting bribed is grave and must not be taken lightly, JSC should take the matter up and do their due diligence as the judge in question has a past history of bribery complaints.

All this coming at a time when #SonkoLeaks revealed how corrupt the judiciary is with judges openly negotiating and taking bribes for favorable judgments. The justice for sale fraud has seen many suffer and as the corrupt have their way.

In 2021, KBA and CBK rankings show that the Bank of Baroda offered the cheapest loans in the market. 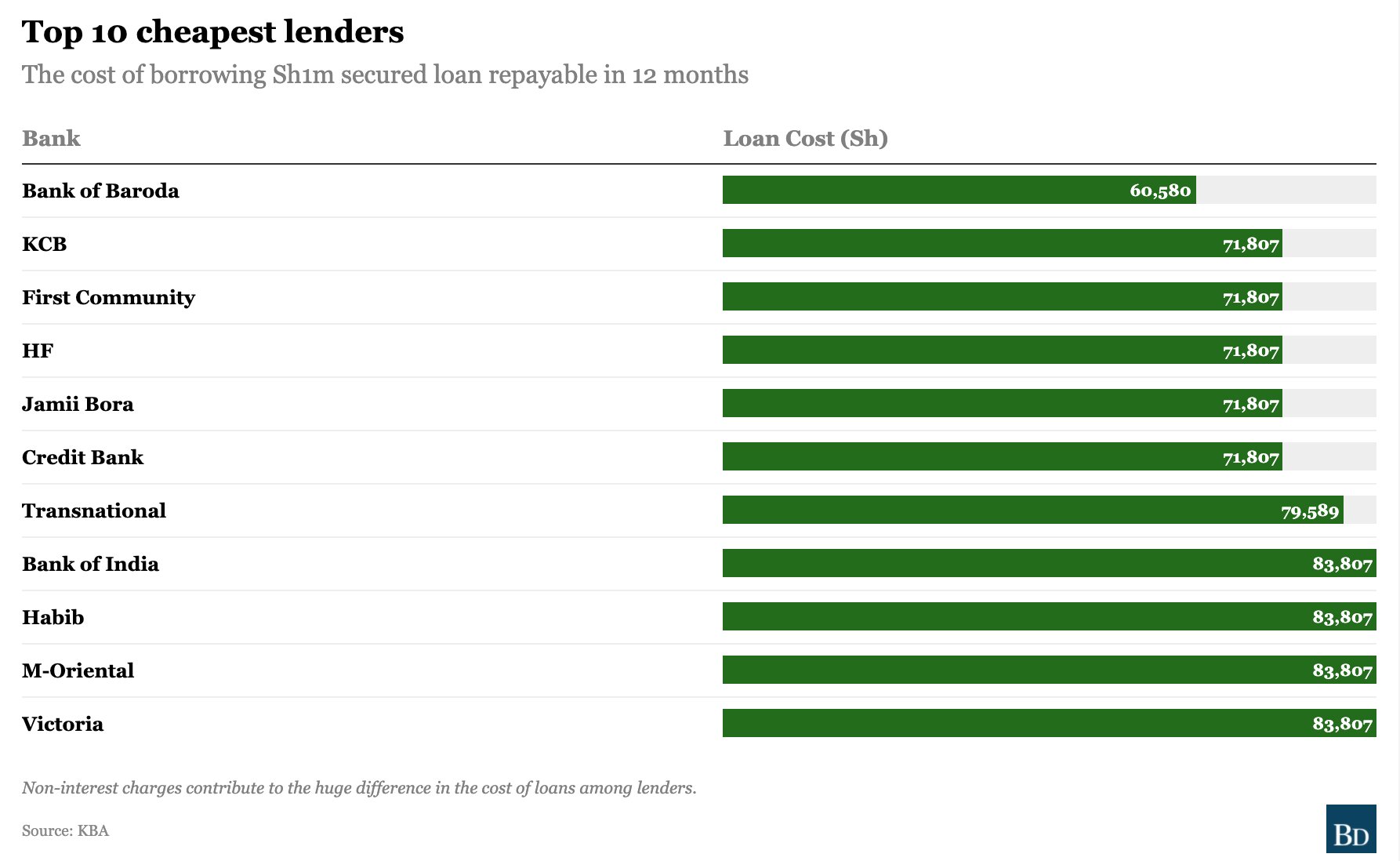 The Competition Authority of Kenya (CAK) also found Baroda Bank to be amongst 12 banks in Kenya with hidden mortgage charges.

The competition watchdog said the banks had been ordered to review home loan contracts.

The CAK said the competition law stipulates that a consumer should be informed of all charges and fees payable prior to the same being imposed.

Banks must also ensure their clients understand all the documents relating to the service they are obtaining.

“From the reviewed T &Cs, twelve (12) banks were found to be non-compliant with Section 56 of the Act on unconscionable conduct and consequently they were required to revise their T&Cs,” CAK director-general Wang’ombe Kariuki is quoted saying in the 2021 Auditor-General’s report.

The hidden mortgage costs, including valuation, origination, booking, mortgage and title transfer, commissions, brokers’ fees, legal fees, insurance and stamp duty, can exceed 10 percent over and above the mortgage rate.

While a typical loan is charged between seven and 15 percent, a home loan also attracts additional legal, insurance and valuation costs that are borne by borrowers, making it costly.

The rate itself varies during the repayment period, with the Central Bank of Kenya (CBK) indicating 80.2 percent of mortgage loans were on variable interest rates in 2020.

Once you get the loan, you are charged an application fee, which is usually non-refundable even if the mortgage doesn’t get approved.

Borrowers may also face onerous penalties whenever they fall on difficult times and struggle to pay their mortgages. The may also be hit with additional legal and auctioneers fees when the home is sold.

People work hard and their investments must be protected from rogue management. It is from insider dealings, fraud that left thousands of depositors in Chase Bank, Imperial Bank the list is long, to grind their teeth because the red flags were ignored and when the bubble came to burst, it was too late.

Kenya Insights allows guest blogging, if you want to be published on Kenya’s most authoritative and accurate blog, have an expose, news TIPS, story angles, human interest stories, drop us an email on [email protected] or via Telegram
Related Topics:Bank of BarodaGlassHouse PR
Up Next