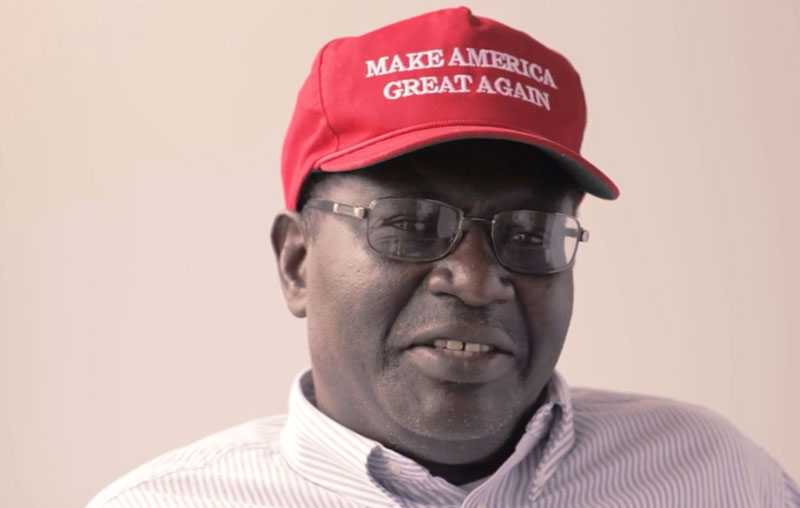 Sibling rivalry between Malik Obama and his younger brother Barack continues to escalate. While he’s not on public slashing him, Malik has never hidden his dislike for the American President. Residing in the US, Malik has never wasted an opportunity to slam his brother at the slightest chance.

During the last elections when Barack was supporting Hilary Clinton for the top seat, Malik went ahead and publicly endorsed rival Donald Trump, this was unsurprising.

An entitled Malik has been harshly criticizing President Obama for the sole purpose that he didn’t use his influence as a world’s top leader during his tenure to place him well financially. The hatred also could run deeper than what’s on the surface.

Latest has been that Malik posted a fake birth certificate to help fuel a conspiracy that the President was born in Kenya and naturally shouldn’t have been made the President of the US. It is a lie that has been debunked severally since it first came out. President Trump who was also one of those Dani g the theory that Obama was born in Kenya and not the US, gave it all up when he confirmed the truth. Malik’s timing for an old lie is not unsurprising. He has of late been singing praise to Trump and DP Ruto in what many sees as fishing for favors. It’s a perfect opportunity to push an old propaganda which is unsurprisingly earning him many supporters allied to Trump.

Auma Obama, the sister has jumped into the ring calling out Malik as only jealous and a bitter man.

So blindly consumed by #jealousy and #bitterness that you will go to any length to slander your younger brother’s name – literally! Just because he has outshone you in EVERY SINGLE ASPECT of his life. Seek relevance elsewhere big brother! https://t.co/CmN2ozHEON

Long before he even knew he would be president my little brother visited his fatherland and was embraced by all!!! Malik you took centre stage in welcoming him!!!https://t.co/6N6W45Rzc7 https://t.co/xPGMGE2e7F

Related Content:  Mariam Kighenda’s Family Taking KFS To Court For Compensation
Kenya Insights allows guest blogging, if you want to be published on Kenya’s most authoritative and accurate blog, have an expose, news TIPS, story angles, human interest stories, drop us an email on [email protected] or via Telegram
Related Topics:
Up Next