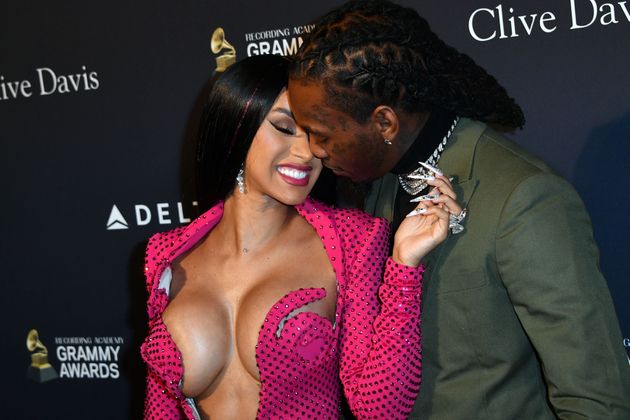 Cardi B has filed for divorce from rapper husband Offset, describing their marriage as “irretrievably broken”.

The couple tied the knot in September 2017 and have a two-year-old daughter, Kulture.

The couple are living in a “bona fide state of separation,” court documents state, and the marriage is “irretrievably broken”.

And there are “no prospects for a reconciliation,” the papers say.

Cardi B, 27, is asking for “primary physical custody” of Kulture and requests Offset, whose real name is Kiari Cephus, contributes to the child’s “support and maintenance”.

The now former couple have their marital home in Fulton County, Georgia, the legal papers state.

It indeed appears that Cardi B filed for divorce from Offset in Fulton County, Georgia earlier today. The hearing is set for Nov 4, 2020.

Wishing them both the best. pic.twitter.com/Cx24VptzbD

Cardi posted this to her Instagram story a couple of days ago pic.twitter.com/Q6qtOtoks1

Cardi B and Offset married in secret.

Cardi and Offset wed on Sept. 20, 2017. However, their nuptial was not made public knowledge until she confirmed the following year in June. “There are so many moments that I share with the world and then there are moments that I want to keep for myself. Getting married was one of those moments!,” she said in a statement shared via Twitter on June 25, 2018. “Our relationship was so new breaking up and making up and we had a lot of growing up to do but we was so in love we didn’t want to lose each other.”

Related Content:  Study: People Who Do the Weed Do the Sex More

A few months after their one-year anniversary, on Dec. 4, 2018, Cardi B shared that she and Offset were parting ways. “So, everybody been bugging me and everything,” the Invasion of Privacy rapper said in the beginning of her 42-second Instagram video. “And you know, I been trying to work things out with my baby father for a hot minute now. And we’re really good friends and you know we’re really good business partners and you know, he’s always somebody that I run to, to talk to and we got a lot of love for each other, but things just haven’t been working out between us for a long time.”

The couple later reconciled, but according to Cardi’s recent divorce filing “there are no prospects for a reconciliation” this time around as the marriage is “irretrievably broken.”

Offset, 28, is best known for performing with the chart-topping rap group Migos.

Overnight Deals Will Dig You An Early Grave, Sonko Has Some Advice For Young Men Looking For Quick Riches