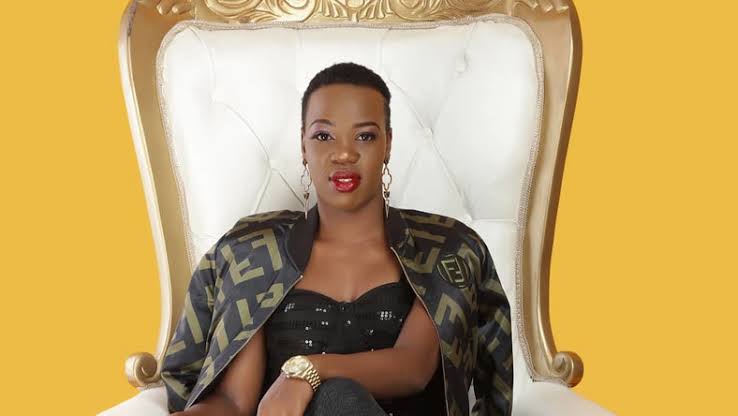 There’s a looming war with justice, DCI detectives today questioned musician Ruth Matete for hours over the death of her husband John Apewajoye.

This would be the third time she’s being grilled and perhaps the longest. Initially, it was the normal reporting of the events that transpired. She had told the police that her late husband had suffered severe burns after a gas cylinder exploded in the balcony.

Ruth who’s said to be 2-months pregnant, has however run into more trouble with accusations that this wasn’t a normal death but that she had a hand in it.

This followed a viral video that was posted by a man in Nigeria claiming to have been the manager of the late. In his recording, he sensationally pointed fingers at the gospel singer alleging that she was violent towards the husband and could’ve had something to do with his death.

He quoted third parties, some of whom were first responders and helped taking John to the hospital as confirming that Ruth had a hand. He asked the Nigerian embassy to follow up the case to determine the true cause of death.

The body has been held at KNH morgue awaiting for instructions from the embassy whom have now given the go ahead and a post-mortem scheduled for Thursday.

The Tuesday intense grilling raises more concerns as to the loopholes that the DCI might have gathered after visiting her house last week. But for sure there’s a developing story.

Kenya Insights allows guest blogging, if you want to be published on Kenya’s most authoritative and accurate blog, have an expose, news, story angles, human interest stories, drop us an email on tips.kenyainsights@gmail.com or via Telegram
Related Content:  Betway, Mozzartbet Amongst The Ten Betting Firms Okayed By KRA
Related Topics:
Up Next

Who Is Next In Line To Take The Throne From North Korea’s Kim Jong Un, Here’s Her Sister The World Is Talking About