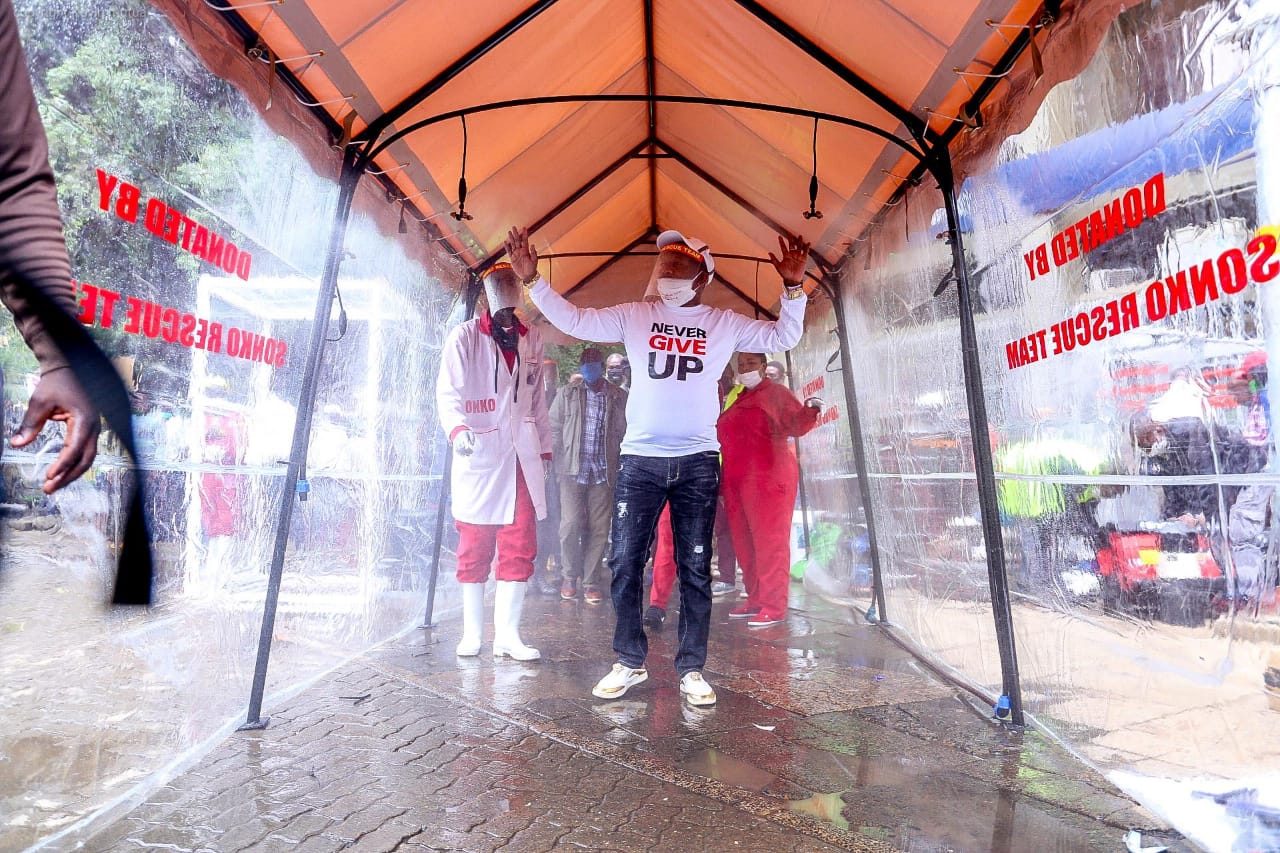 Nairobi Governor Sonko is once again back in the limelight with public spat with Interior PS Karanja Kibicho. This follows vandalism on the automated sanitization booths that he has been erecting across the city mainly in populated public areas.

Somko through his organization SRT has been distributing relief food, fumigating the streets and estates since the start of the pandemic. His latest project has been the booths. They were brought down on the instructions of the PS as Sonko alleges. 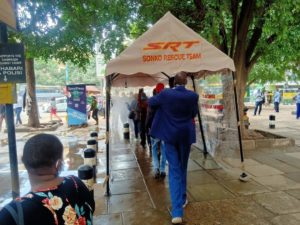 “I am saddened by the vandalism that occurred earlier today supervised by the Kibra Deputy County Commissioner allegedly with instructions from the Nairobi Regional Coordinator who also confirmed the removal of the new public sanitization booth installed at the Kibra DCC’s offices.” Sonko said.

Somko is placing the blame on competitors whom he alleges had placed bids to supply the state with the booths at inflated prices while himself doing it freely. “Cartels who wanted to supply public sanitation booths at an exaggerated cost to the Government are not happy with SonkoRescueTeam which is an NGO and is installing the same FOR FREE in all public places hence the vandalism order by Nairobi Regional Coordinator.” He points out.

“Watu wangu no matter what it takes I’ll never give up. This isn’t the time to play petty politics but to come together and do whatever it takes to tame the COVID-19 pandemic. Nobody is immune to this disease, including those who do not want the public to be assisted to stay safe. What they don’t know is that I’m still the Governor of Nairobi County sworn in to defend and protect the great people of Nairobi and the constitution.” He assured. 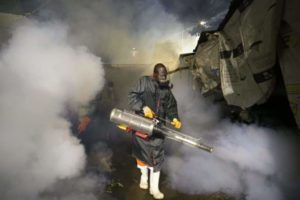 A member of SRT fumigating the estates.

Sonko is not relenting and going ahead to curse those whom he perceives to be behind his troubles and putting up spirited efforts to derail his philanthropy activities. “May the Lord punish all the senior gov’t officers at the O.P who gave instructions for the Kibra, Kencom and Buruburu sanitization booths erected by SonkoRescueTeam to be vandalised by Police.” He’s quoted.

A furious Sonko continued, “May those who’ve suspended our daily fumigation of estates & slums, distribution of food, masks & sanitizers burn in hell-fire including P.S Karanjakibicho & R.C Wilson Njega who’ve behaved like the brood of vipers which were condemned to hell in the book of Mathew 23:33. “You snakes! You brood of vipers! How will you escape being condemned to hell?”

Again: Ruth Matete Grilled For Hours by The DCI Over Husband’s Death