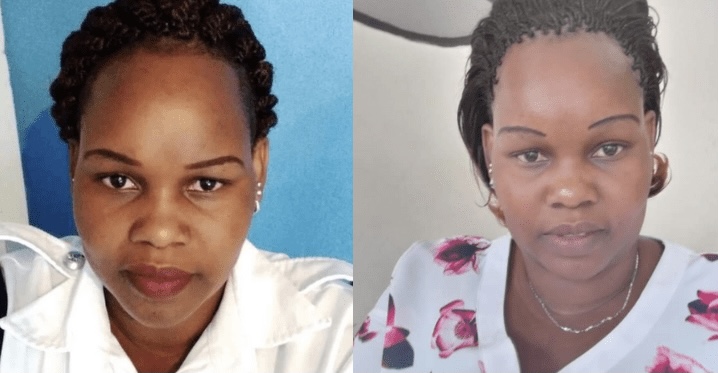 Is she on a revenge mission? If so, why?

More than 48 hours after corporal Caroline Kangogo became a wanted person and an alert issued to all police stations across the country, she is still on the run and has since killed one more person in Juja, Kiambu County.

A divorcee and a mother of two, Kangogo has now killed two men, all whom she was dating. Her second victim, sources say “was the main boyfriend, who also even known in Nakuru.”

Why does the 34 year-old want to blow up her career, after a 13-year service to the nation as a police officer?

Police fear their colleague, whom they now describe as rogue is on a mission to kill more people and have issued a caution to all Kenyans, “especially men.”

The instructions by the Directorate of Criminal Investigations (DCI) are clear; “don’t trust her.”

So, is Kangogo a rogue police officer or another case of mental illness within the National Police Service? What triggered her fury and why is he targeting men?

Kangogo went into hiding after killing her boyfriend of one month, police constable John Ogweno, right within the police quarters in Nakuru.

Ogweno was recently moved from Kisii to Nakuru and had been warned against dating her by colleagues who spoke to Shahidi News.

According to detectives, “she is armed and dangerous.” She is believed to be walking with Ogweno’s Ceska pistol, which by July 5 had 15 rounds of ammunition.

Who is Kangogo and why is she killing her male friends? It remains a puzzle to those who do not know her, but not her friends and colleagues.

Detectives are racing against time to arrest her, before she harms any other person.

We sought to know more about Kenya’s most wanted police officer.

“If seen, treat her as armed and dangerous,” reads a police notice, and which was sent to all police stations in Kenya.

“Please keep a sharp lookout and if traced, recover the firearm and arrest the holder with her accomplices.”

For Kangogo’s incident, it is controversy and more of it, and a pile of questions.

Why did she kill police constable Ogweno in Nakuru?

Who was the Juja man she killed on Monday night? Why did she want both men dead?

According to police sources, Kangogo was last traced while en route to Kisii, to meet another male friend, said to be a doctor.

-The fateful night she killed Ogweno-

According to reputable sources, Kangogo and Ogweno had spent most of the time together, on the fateful day.

“They even went drinking together,” a colleague said.

But in the evening, something happened according to colleagues.

Both went to their respective housing units within the police quarters. Ogweno is said to have later went to her place.

“He found her with another person and was requested to wait at the parking lot,” the source said.

But what transpired in between remains unclear. But minutes later, Ogweno was dead.

Who was the person at Kangogo’s place? Did he play a role in killing Ogweno?

The police alert suggested she had an accomplice.

-The Killing in Juja of a Man-

It has been established that the man who was killed in Juja was a former police officer, currently running his own security firm.

Colleagues and friends say he was known to them as Kangogo’s ‘main’ boyfriend.

“He was known to us. He was the main boyfriend,” another colleague said.

They also alleged that he had recently bought her a car.

“She was not happy when she discovered that the car had a big debt with the Kenya Revenue Authority. But we cannot say that is why she killed the man,” a detective privy to the ongoing investigations and hunt mission said.

Before she was transferred to Nakuru police station, It has established that she was an instructor at the Kenya Police Training College, in Kiganjo, Nyeri.

“She was dating a senior police officer and while there, they together sired two babies,” another colleague who worked with Kangogo in Kiganjo said.

But the two parted ways after ‘irreconcilable’ differences. The father of the two children is still serving as a police officer.

Before she was termed, ‘rogue and dangerous,’ she has been stationed at central police station in Nakuru from 2015.

She also underwent a sharpshooting training course in Kiganjo between 2008 and 2009.

In 2019, Kangogo was issued with a show cause letter by the then Officer Commanding Station in Nakuru police station.

Colleagues said she would easily pick a fight with her male colleagues and was engaged on multiple romantic relationships, some which would end in violence.

Kenya Insights allows guest blogging, if you want to be published on Kenya’s most authoritative and accurate blog, have an expose, news TIPS, story angles, human interest stories, drop us an email on [email protected] or via Telegram
Related Content:  How Businessman Was Swindled Sh181M In Fake Laptop Tender Deal At DP’s Office
Related Topics:Caroline KangogoDirectorate of Criminal Investigations (DCI)Killer cop
Up Next