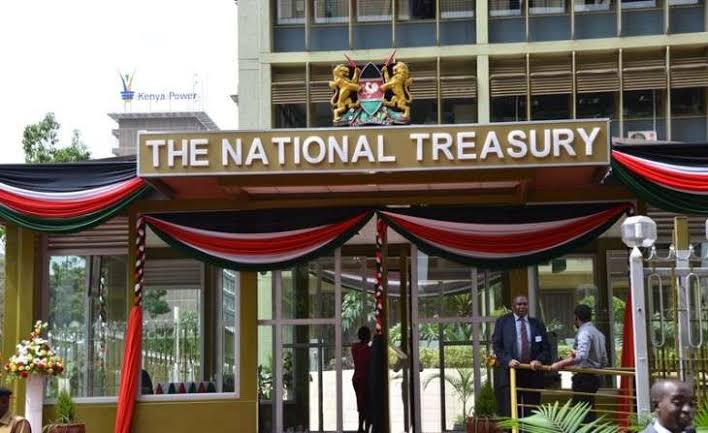 In documents tabled in the National Assembly on April 29, the Treasury says Equity Bank has an outstanding Sh493.47 million government debt from the initial loan of Sh654.3 million. However, Equity bank has denied ever receiving any loan from the government in its nearly four decades of existence.

The Treasury documents do not show when the government loan was issued to Equity and for what purpose. The bank has disowned the loan deal with the State, raising questions on who actually received the purported millions of shillings and puts doubt to the recovery of the taxpayers’ cash.

In an interview of Equity Group CEO James Mwangi with  Business Daily – he stated that the lender is not aware of the loan, which the Treasury says about a quarter or Sh160.83 million has been repaid.

The loan said to have been advanced to Equity is part of the Sh907.06 billion that the Treasury told lawmakers that it advanced to State corporations and other private firms on diverse dates and only Sh40.05 billion had been repaid by end of June last year.

The loan is not among the borrowings disclosed by the lender in its annual report, which has been endorsed by the Central Bank of Kenya (CBK).

“I don’t understand. We have never borrowed from government. Maybe there is another Equity but not this one,” said Mr Mwangi in an interview.

“We are not denying that we borrow. Like anybody else we borrow, but we don’t borrow from government.” Mr Mwangi explained that distressed banks have a window to borrow from the CBK, adding that Equity has never used the emergency facility.

Equity latest annual report shows its borrowings jumped 71.3 percent to Sh71.3 billion and does not list the State among its creditors.

KCB and Equity are among the banks that have borrowed from international financiers to fund their long-term lending business, attracted by relatively more favourable terms of the debt, including lower interest rate and longer maturity.

The lenders have complained of a mismatch between long-term loans and deposits that are mostly short-term in nature, exposing a gap that they have chosen to fill by credit from the institutions which charge single-digit interest rates.

The five lenders are listed among State run corporations that have paid a measly Sh40.05 billion or 4.42 percent of the Sh907.06 billion they borrowed from the government.

The bulk of the loans are held by State-controlled firms such as Kenya Railways Corporation, Kenya Electricity Generating Company (KenGen) and electricity distributor Kenya Power partly as a result of mega government-sponsored projects they have undertaken in recent years.

Outstanding loans to the loss-making Kenya Railways, under which the standard gauge railway (SGR) line falls, stood at Sh473.21 billion, or 54.58 percent of the Sh867 billion total State debt to the companies as at June last year.

Banks have also struggled to recover money lent to State-run firms, with the CBK report for 2019 saying the lenders risked losing up to Sh100 billion due to deepening cash crunch among the State agencies.

A total of 35 banks issued loans to State-owned enterprises (SOEs) in December 2019 — comprising some of the largest single borrower exposures, with those in the energy sector accounting for the biggest share.

With such cases of missappropriated funds, in Kenya it never ends well for the taxpayer – the only remedy is to forget about the recovery or prosecution of the conspirators and move on. The 493million is gone, just like that. It never ends well. The fruits of graft investigations are ever and always futile.