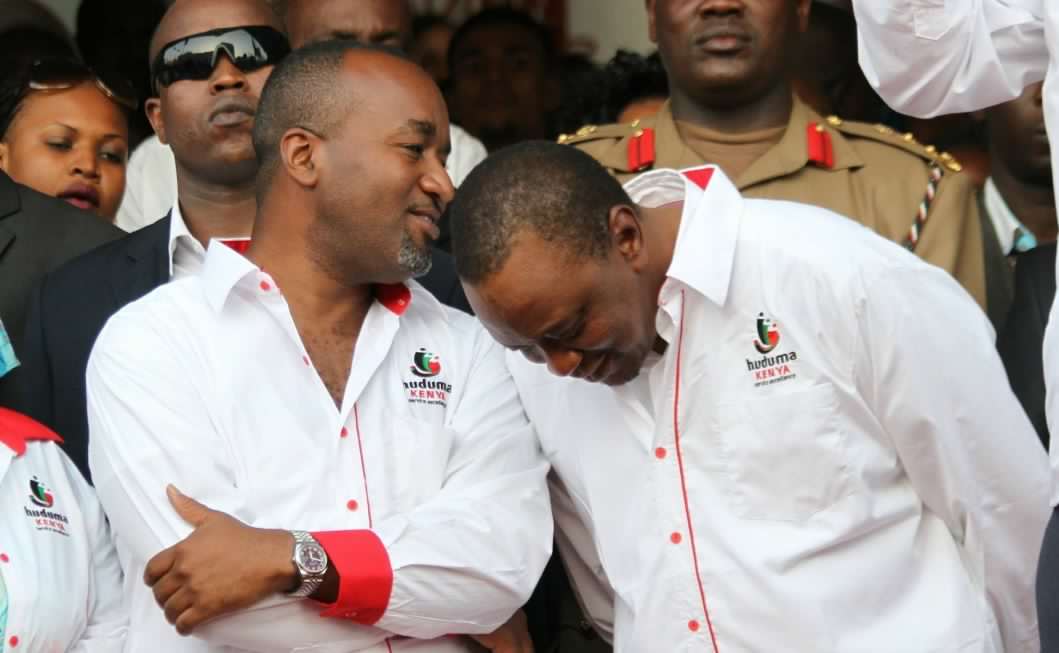 Kenyans have been treated to endless bickering by the President and the Mombasa governor over unclear issues for the past months. Many theories have come up with eyes pointing at the political and personal rivalry between the two kings in their perspectives.

The public onslaught of the two leaders has become habitual. The fighting has seen Joho a fierce critic of the President faced with endless legal implications and scrutiny on his businesses. When it all started, Joho’s family owned freight companies that employ close to a thousand people were shut down by KRA in a move quickly read as intimidation and hands of the mighty.

It has emerged that the indignation of the two goes back to the SGR project. Joho was against the Vision 2030 plans to shift the building of a dry port in Voi to Naivasha in the Rift Valley an idea that President Uhuru was for. The governor is quoted saying, “The President wants to make locals poorer as the relocation of the port will deny local youths jobs. I have no apologies over my stand. Those who want to burst can burst.” Mombasa port employs thousands of the young people.

Named as Phase 2A, the extension of the Standard Gauge Railway line to the Geothermal town of Naivasha was launched by President Uhuru on September 2015. This new line will be undertaken by China Road and Bridge Corporation (CRBC) at a cost of Ksh.105B

The real gist of the rivalry was over control of resources. Joho and other freight companies felt threatened that the dry port in Naivasha would pass through them out of business. Kenyatta, on the other hand, is allegedly having a personal interest in having the port constructed in the geothermal power nerve of Naivasha. According to intelligence by the late Jacob Juma who never made mistakes in his words, the Kenyatta family had acquired the 22,000 acres of the expansive land from Delamere where the port is to be built. This would give them a chance to expand their extended empire. 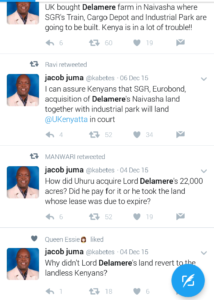 These exact sentiments were echoed by Joho’s rival, Senator Omar who is quoted saying “I personally know the troubles between the President and Joho. That is why I have been silent all this time. It was not a political fallout, it was a business fallout from the free port, the National Youth Service and a few other issues that were not honored,” on KTN News on Thursday, April 6.

Inland ports are collection points for the main port. The main exports from the Naivasha area are horticulture, floriculture and of course soda ash. Fruits, vegetables significant and flowers are exported by air mainly due to their delicacy so that a container yard won’t help much. Magadi gap already has a railway line connected directly to the Mombasa port and they use that line to date. In a nutshell, many have argued that building an inland port in Naivasha is futile, leave alone the environmental impact it’s gonna have on flamingos and wildlife.

A good number have also proposed that the port would’ve been appropriately situated in Malaba. Arguing that with the costly SGR in place, an inland port in Malaba will reduce road traffic between malaba and Naivasha for trucks destined in Uganda, Rwanda, Burundi, DRC or South Sudan. Secondly, road transit has been a major loophole in tax evasion on imports. With inland ports being set up at border points, that will play a major role in sealing this loophole which will increase revenue collection.