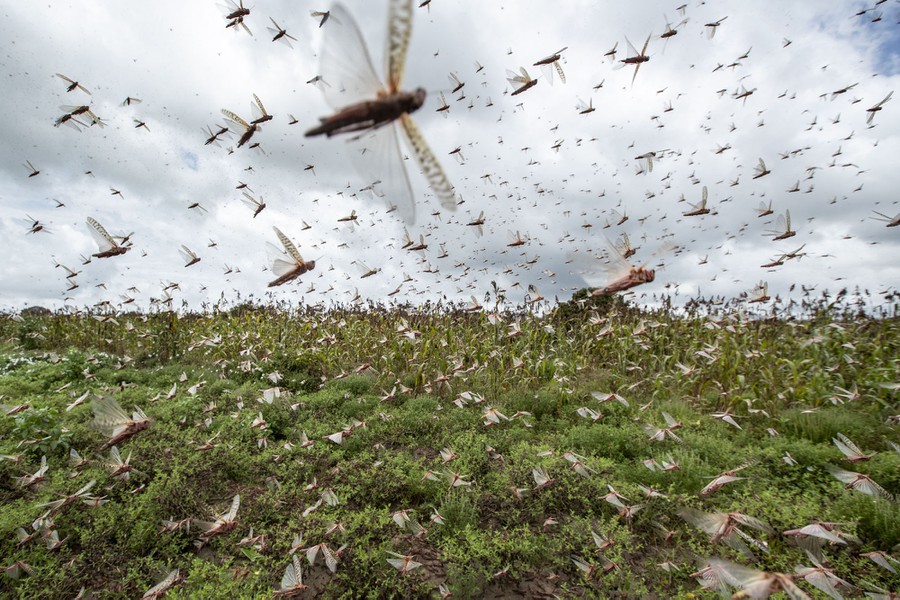 About 3, 000 Kenyans are facing food shortages following the invasion of locusts in the country, this is even as Kenya recently received Sh1.9 billion to combat the desert locusts.

“We have received Sh1.9 billion from the two institutions and this will go a long way in combating the locust menace,” said Agriculture Cabinet Secretary Peter Munya.

The World Bank has given Kenya Sh1.4 billion while the African Development Bank (AfDB) is said to have released Sh500 million to the government, which is still scouting for additional funds to fight the migratory insects.

Speaking to the press in Hola on Sunday, the Executive Committee member for Agriculture in Tana River County government, Ms. Mwanajuma Hiribae said the locusts totaling to about 36million invaded farmland and consumed over 200 acres of food crops.

Ms. Hiribae said five wards; Bangale, Hirimani, Madogo, Chewele, and Sala in the Sub County with a total of 36 villages were affected by the locusts.

She said, “Three breeding spots of locust swarms have been discovered and we are currently spraying them to avoid further damages.”

Ms. Hiribae said the County government has acquired a motorized sprayer but the local residents have been provided with knapsack sprayers to fight against the locusts.

She also said some agriculture staffs have been trained on control measures and more staff would be sent for the training.

Sosio said about 100 bags of rice would be delivered to the affected, adding that the national government would team up with the County government to support the affected people.

Related Content:  Kenyans Running With All World Marathon Records
Kenya Insights allows guest blogging, if you want to be published on Kenya’s most authoritative and accurate blog, have an expose, news, story angles, human interest stories, drop us an email on tips.kenyainsights@gmail.com or via Telegram
Related Topics:
Up Next