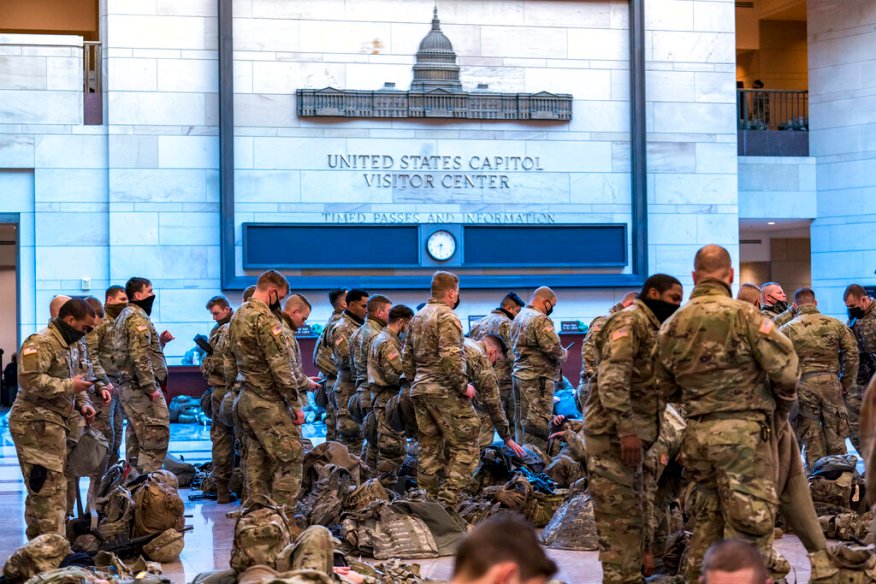 The number of troops could be the largest ever on for any inauguration as the newly-installed chief of police said the amount of law enforcement coming to the District was not seen at this level.

“I’ve been concerned before today and will be through this weekend, and beyond,” Contee told reporters, and said he is worried about “a major security threat” as he reiterated Mayor Muriel Bowser’s call for people not to come to the capital for the Jan. 20 inauguration.

There is no concern about a shortage of National Guard forces that will come from the 50 US states and the District of Columbia to support US Capitol Police, Park Police and Washington Metropolitan Police Department, according to officials.

The massive number comes after a mob of President Donald Trump’s supporters stormed the Capitol building last week in an attempt to stop the process of certifying Electoral College votes for Joe Biden.

The riots caused the deaths of five people.

Kenya Insights allows guest blogging, if you want to be published on Kenya’s most authoritative and accurate blog, have an expose, news, story angles, human interest stories, drop us an email on tips.kenyainsights@gmail.com or via Telegram
Related Content:  LSK Chair Nelson Havi Lashes At Historic Sentencing Of MP Waluke As ‘Fraudulent Conviction’
Related Topics:
Up Next