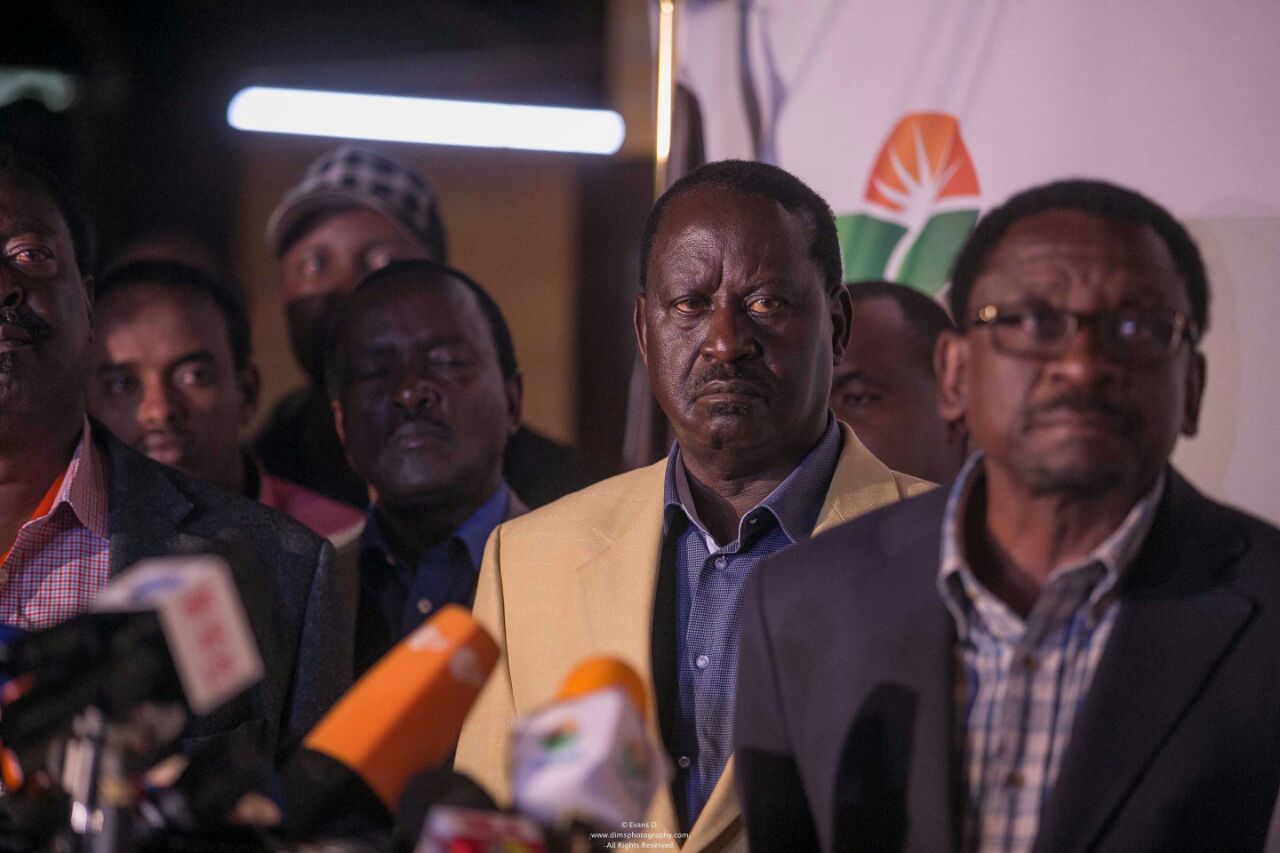 NASA cannot get what is right to be done especially when media is perpetuating the psychological script that is meant to cow the public.

It’s outrageous that journos and “pundits” and “political analysts” have decided to be part of this charade. What we are fighting is the casual broadcast and analysis of a grand heist.

IEBC generated fictitious numbers which cannot tally with Forms from polling stations and constituencies. Secondly, they flouted the law on the procedure of transmission of Presidential results (send in number and form 34A scans simultaneously. . and not hours and a day apart). Third, they flouted the law on announcement of Presidential results (Constituency declaration of results. NOT BOMAS)

NASA is asking a basic question. Starting with …that con number on the screen which any sensible heads should question. That 54% Uhuru lead on Raila. ..WHERE did it come from? What SUPPORTS it? What process ARRIVED at it?

IEBC has repeatedly admitted that the numbers which have been hanging there for 3 days are not based on anything.

Question is – Why are these unverified results still up? You’d be a fool to present NASA numbers in this fraudulent atmosphere.

STEP 1- TAKE THEM DOWN! STEP
2 – Put up VERIFIED numbers! Aren’t these available by the increasing number of Form 34Bs (Constituency Presidential Results) that confused Chebukati keeps announcing they have.

Take down that fictitious figure. Both at Bomas and on TV. Then let’s count what the verified documents are saying. The law says Results must be verifiable. Let’s start there.

Don’t ask NASA to bring their figures and argue with some “number” whose origin even IEBC itself admits is based on NOTHING.