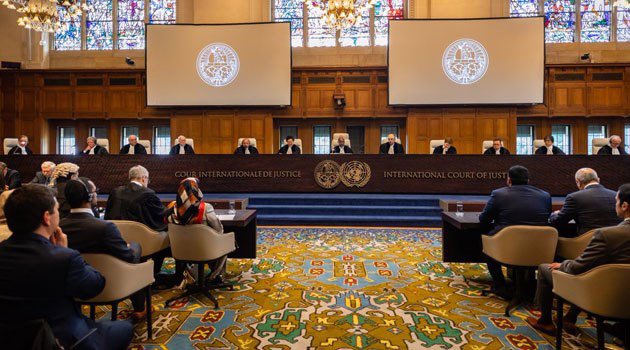 In yet an unprecedented move, Kenya has withdrawn from the International Court of Justice [ICJ] case ahead of a hearing scheduled to kick off on Monday [tomorrow], after months of postponement as requested by authorities in Nairobi.

In 2019, the case was postponed twice and Nairobi managed to get the third postponement in March 2020, but the court refused to issue a fourth postponement this year, arguing that the issues raised by Kenya were not “substantive”.

And reports now indicate that Nairobi will not participate in Monday’s oral submissions, where the court had admitted hybrid presentation, which would have allowed both sides to either present evidence physically or through a virtual presentation.

ICJ had last week released a schedule that would run until Wednesday next week, but the last-minute withdrawal of Kenya comes with a huge shock. Neither Somalia nor Kenya have issued statements about the latest development.

But observers say the court will likely go ahead with the hearing. Although the schedule is now for both countries, the hearing will be shortened for the Somalia team to present their case; that is unless Kenya makes a last-minute decision to change and participate.

Even if Kenya doesn’t participate in oral hearings, they opine, this is not unprecedented, observers believe; because there is a precedent in a case involving China and the Philippines where the oral hearing took place despite the absence of one of the two parties.

Once the hearing is done this week as scheduled [ICJ didn’t indicate otherwise], it will take at least another 4-6 months before the court makes the final verdict, observers. This is because every judge has to have time to deliberate the case based on argument and evidence submitted

Lawyer Patrick Lumumba questions why the two sides did not choose of court settlement, arguing that it was pointless for Kenya to pay several international lawyers millions to handle the case. AU had tried to make such requests but was not successful.

“What is happening between Kenya and Somalia regarding the Maritime boundary is very sad. The matter can be resolved through pragmatic political goodwill. And why do we ignore foreign expertise and higher foreign Lawyers? he wondered.

The judge’s Justices Kanyi Kimondo, Robert Limo, and Anthony Mrima said contrary to petitioners assertion that the Attorney General participation in the proceedings set to commence in June this year amounts to giving up the country’s sovereignty, they are satisfied that nonparticipation will infringe on article 156 of the 2010 constitution.

Human rights crusader Kiriro wa Ngugi and 19 others through their lawyer Kibe Mungai had in a petition contended that Kenya’s participation in a case before the ICJ is unlawful on grounds that the delegation of sovereign powers of the people to the executive through the AG is limited and does not include engaging in actions that may alter Kenya’s territory and territorial waters without reference to the people through a referendum.

Several reasons have been thrown as to why Kenya made the last minute move, Kenya Insights has learnt that Nairobi is uncomfortable with the membership of the court alleging it is biased and leaned towards Somalia hence unlikely they’ll give a fair judgment.

At the center of the row is Judge Abdulqawi Ahmed Yusuf, the Somali Judge who is expected to make a ruling over the Kenya-Somalia maritime case at the ICJ is one the reason why Kenya is ready to pull out of the Maritime case and persue other means to protect its territorial waters. Somalia can’t rule against itself, Kenya believes. 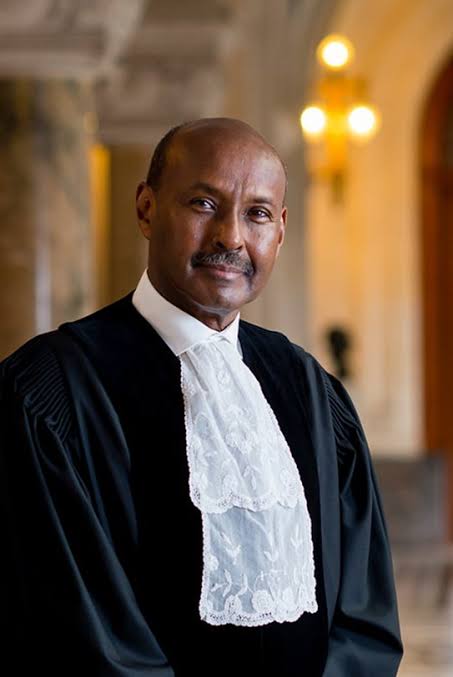 Kenya requested for the Somali judge Yusuf Abdulqawi to recuse himself from the case due to conflict of interest. The Judge had previously represented Somalia government in a number of occasions; he was the Somali representative to the third united Nations conference of the Law of the Sea, Somali delegate to the Afro-Asian legal consultative committee, Somali delegation to the Organisation of the African Unity summit conferences. Despite the pertinent issues raised, Kenya’s request was denied.

Sources familiar with the process tell Kenya Insights that, Nairobi protested hearing of the case by virtual means as the medium is unstable for hearing such a complex case. Kenya’s case is largely based on demonstrative arguments and cannot be adequately represented through video link. 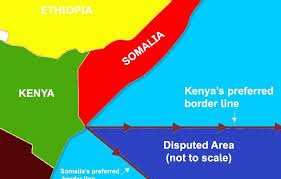 Other concerns included Zoombombing where internet trolls are known to disrupt video conference calls while in progress inserting obscene materials resulting in the shutdown of a session.

Having appointed it’s new team in Jan. 2019, the same time COVID-19 hit in UK & US, Kenya had requested more time for its defense team to meet due to preparation difficulties as a result of COVID-19. Kenya’s defense team comprises of lawyers mostly from the UK and US and we’re unable to travel due to the restrictions. Again, this request was denied. 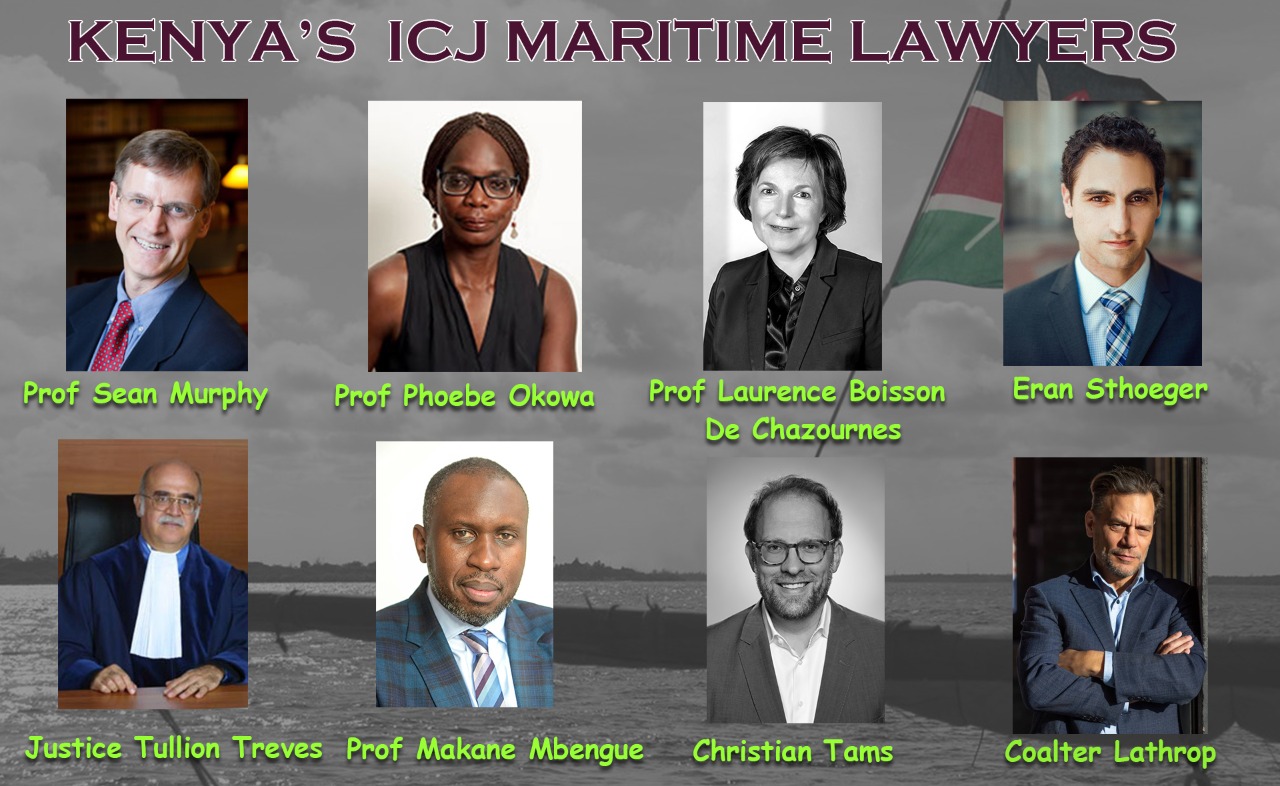 Kenya’s defense team for the maritime case at the ICJ Kenya vs. Somalia consists of the best of the best. Highly acclaimed lawyers in the law of the sea and maritime delimitation disputes.

Others like lawyer Ahmednasir Abdulahi is alluding in part that Kenya could be suffering from financial difficulties and unable to pay the team of experts representing in the case hence the pullout, “I put the Hon AG of the Republic of Kenya on NOTICE that if the reason Kenya is withdrawing from the Maritime dispute with Somalia is due financial IMPECUNITY on the part of Kenya, thus finding it difficult to pay the new set of lawyers, we are ready to do a HARAMBEE( CROWDFUND).” Tweeted Ahmednasir.

The International Court of Justice (ICJ) will commence hearing of the Kenya-Somalia maritime border case on Monday, March 15. In a statement, ICJ said that public hearings will be conducted between Monday March 15 to Wednesday, March 24.

In 2019, Somalia attempted to auction the oil blocks in the disputed area while the case was still in court, leading to a fall out with Kenya. A clear demonstration of bad faith. However, Kenya managed to stop the auctioning of its oil blocks.

Matsanga Lauds Kenya For Pulling Out Of Somalia Maritime Case