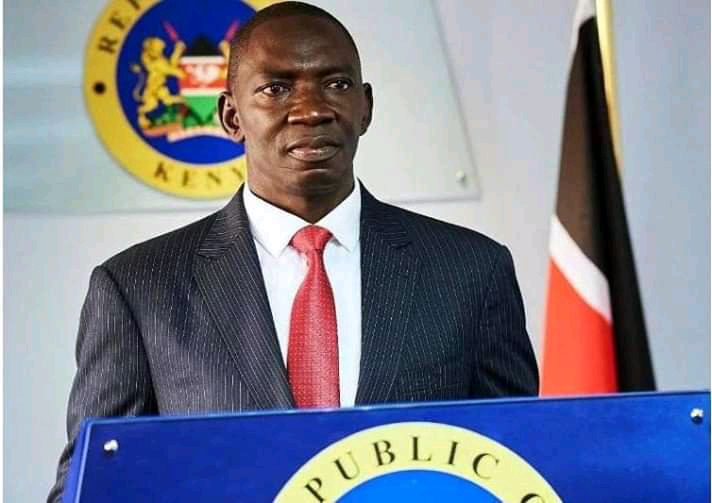 Government Spokesman (Rtd) Col. Cyrus Oguna has said that Kenya is keen on keeping the long held diplomatic ties with Somalia.
Oguna said that they must be the bigger brother in the whole diplomatic row and find amicable solutions to the current discomfort that Kenya and Somalia are experiencing.
“If we cut diplomatic ties with Somali then it will look like revenge, and we cannot do that. We must be the bigger brother,” said the government spokesman, adding that they will allow interventions from IGAD and COMESA.
This assertion comes at a time when Somalia has severed diplomatic ties with Kenya, accusing the latter of violating Somali’s sovereignty and territorial integrity.
Somali Information Minister Osman Dube, in a televised speech late Monday announced the government’s decision, saying that Somalia has ordered all its diplomats in Kenya to return, while Kenyan diplomats in Somalia have been ordered to leave within seven days.
Oguna who made the remarks in Nairobi Monday, while addressing the locust and health situation in the Country was categorical that the government will play the big brother role and seek a reconciliatory tone
Kenya has however in the recent past denied claims by Mogadishu that it is meddling in Somalia’s internal affairs.
Through the Ministry of Foreign Affairs Principal Secretary Macharia Kamau, Kenya said that the decision by Somalia was regrettable.
“This action is reportedly based on unsubstantiated allegations, namely continued interference in the internal affairs of Somalia. The Government of Kenya respects and upholds the cardinal international principles of self-determination, sovereignty, political independence and territorial integrity of all countries, and in particular those in Africa,” he said in the statement sent to newsrooms then.
Commenting on the striking health workers, Oguna appealed to them to resume work and give dialogue a chance, asserting that frontline soldiers do not quit the battle halfway.
“We appreciate our health workers for a job well done especially during this Covid-19. We have already disbursed Sh14 billion to cater for the risk allowance and are still open for further deliberations so as to find an amicable solution,” he observed.
Kenya Insights allows guest blogging, if you want to be published on Kenya’s most authoritative and accurate blog, have an expose, news, story angles, human interest stories, drop us an email on tips.kenyainsights@gmail.com or via Telegram
Related Content:  Prof Magoha Releases Busted KCSE Malpractices Report
Related Topics:
Up Next

NCIC Summons Sifuna, Jumwa Over The Use Of Vulgar Language