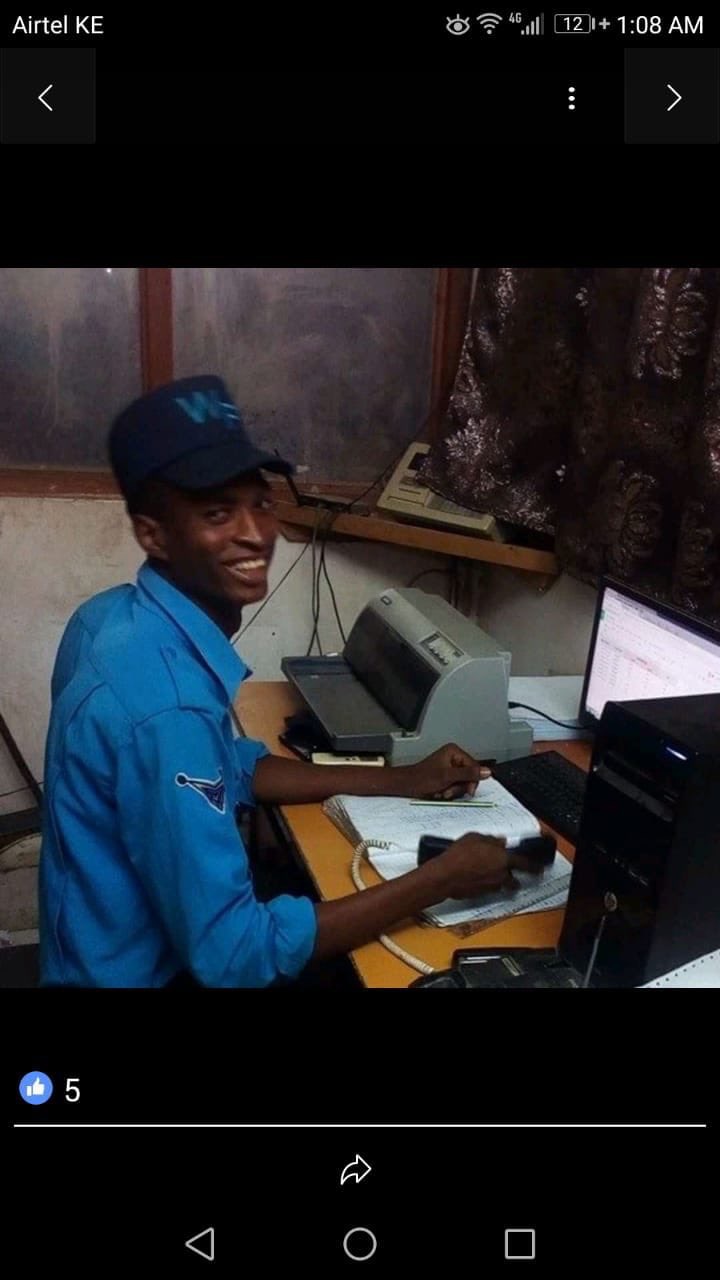 The culprit has been  pseudonyms on Facebook as Sam Dali which he later changed to Bakibaki Hanga when things started heating up before he eventually deactivated his Facebook page. 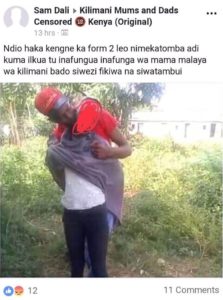 The culprit revealing how he defiled a form two student.

Feeling secured under his pseudo, Hanga posted on notorious page Kilimani mums on how he defiled a minor and even threatened to defile yet another while bragging and dating the group members to do anything as he’s untraceable, so he thought.

A social media campaign to get him was launched by members of the public and with no time, ODPP picked up the case instructing the DCI to launch investigations and apprehend him. 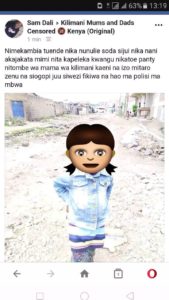 Another post where he’s threatening to lure and defile a minor.

So dumb was this guy that he had his photos on his profile full with his employer and thought just by using a fake name he would be untraceable? This amount of stupidity should be a separate charge.

This case calls for the regulations of posts by the admins of such pages, Kilimani Mul’s is notorious for approving scandalous stories that shouldn’t hit the public. How do you approve such a peadophilic post. This therefore calls for strict regulation on the posting by admins lest they be held criminally responsible for such.

Kenya Insights allows guest blogging, if you want to be published on Kenya’s most authoritative and accurate blog, have an expose, news TIPS, story angles, human interest stories, drop us an email on [email protected] or via Telegram
Related Content:  Medical Research: Nairobi Has Dirty And Germs Filled Money
Related Topics:
Up Next