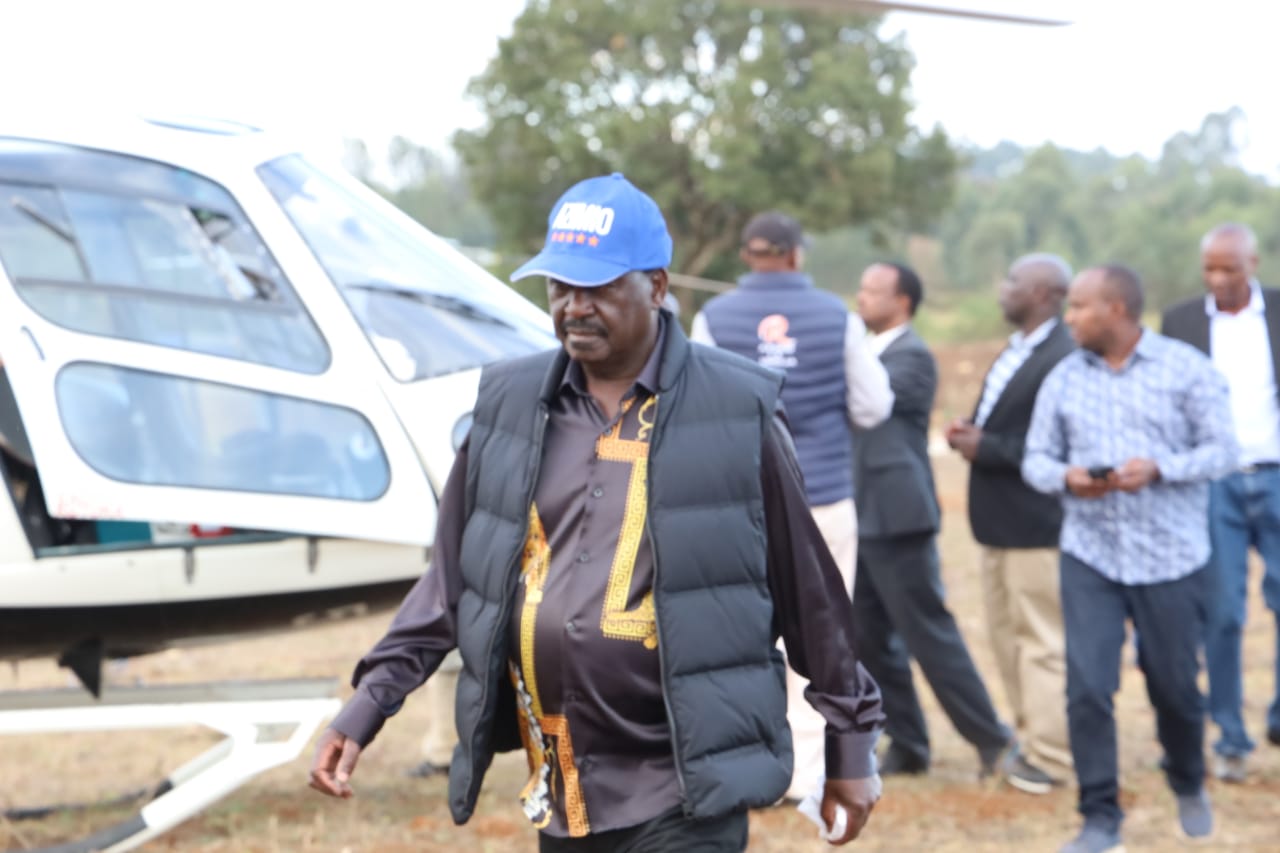 At first he wore Marxist associated military fatigues. Later on, his sympathies shifted to The Chinese version of socialism so he adorned the Mao tse Dong collarless suit.

Internal political dynamics in Algeria shifted towards the right wing ideas so he wore a suit to endear himself to the West.

That is Raila for us at the moment the only difference is that he has been changing personnel instead of clothes.

When he left prison he relied on fellow comrades and the disbanded 82 air force people. Corporal George Otieno and Some Kamba army retrenchee, Paul were his drivers. In fact his Mkamba driver nearly got him killed in a road accident in Nakuru where two people died. “I belt up religiously after that accident. That’s how I survived” Raila later told me.

“if Owade was here, I would not be facing this ground challenges”

Before Raila landed in your Zone, Owade called all our allies to put them on alert.

“Buke if Raila is stoned in your area you will take personal responsibility” that’s what he told me at 3.40 am in 2007 b4 Rao landed in Sirisia. I made sure I sat behind Raila’s seat to be seen.

What is happening in the current political situation is a complete about turn. His former jailers are in charge of his security only backed up by a new breed of ODM youth.

At the political level diehards have become outdated. Orengo, Prof Akong’o Oyugi etc struggle for relevance and visibility around him. Ask yourself what Junet or Sifuna bring on board that Orengo and the rest can’t? Is it jokes, or English?

Recently when Raila came for a rally in Bungoma, no call of instruction came from his Nairobi technicians to me and other person’s of my degree of loyalty. I decided to also keep off. In Meru, all the diehards went with Jimmy Wanjigi becoz of being ignored.

Today as I write it is easier for Raila to pick your call than it is for his top men and family people. How then will Raila be given Intel? The Pope is exposed and I dare say what happened is a warning.

We are fighting with a man who wants to run away with murder. You expect gloves on his hands? TUSHINDWE! Na baba pia ASHINDWE! Kiasi.

Handlers of the Pope! Don’t ship out. Just Style Up!

The Return of Moral Cop, Dr. Ezekiel Mutua is bad for Creatives

MoH, Stop this unconstitutional document, it is an illegal SRH Policy. We want a Reproductive health policy, not a Bible!