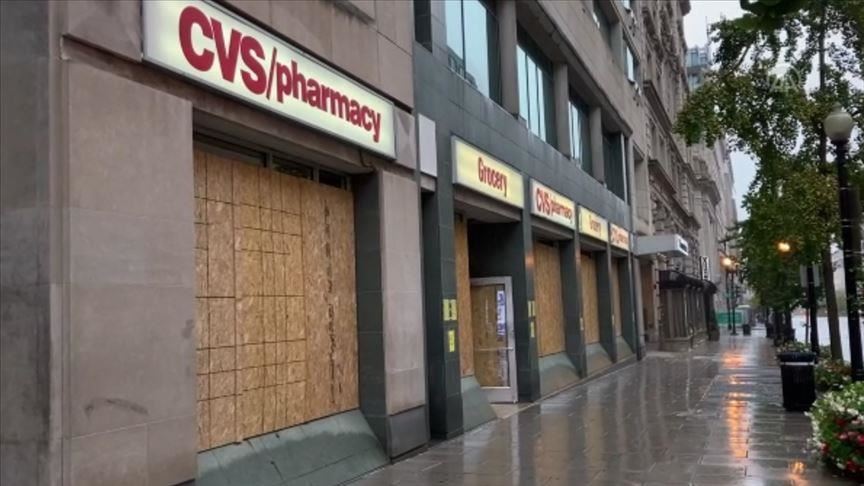 Many cities and businesses in the US have braced for potential violence and chaos on Tuesday and beyond as long-awaited elections bring both high stakes and charged emotions.

Although some 100 million Americans have taken advantage of early mail-in voting, more than 50 million are still expected to cast their ballots in person on Election Day, a significant increase from the 139 million who cast ballots in 2016.

But the looming threat of election-related violence in US cities and streets led many business owners to board up windows and shut their stores.

In Florida, some stores including Macy’s, Target, and CVS were boarded up in Miami’s upscale Design District as major retailers across the country have intensified security measures to prevent any damages to their stores in the potential post-election violence. Similar measures were seen in Washington D.C.

“The stakes are high for this election and the national mood appears dark,” the Brookings Institution said in a report on Oct. 27.

“Violence could manifest in ways big and small. Local extremists might seek to ‘defend’ a polling place and, in so doing, intimidate voters form another party,” the think tank added.

The possibility that election results could be delayed, or contested, have businesses and homeowners worried that commercial and residential properties may see some damage if case of riots.

Democrats have pointed to statements by US President Donald Trump that seem to welcome, encourage, and foreshadow violence if he fails to win or the result is less than clear cut.

In several statements, Trump hinted that he will commit to a peaceful transfer of power only if the elections are far from ”fraud.” On the Election Day, Trump told Fox News that he will declare victory only when there is a victory.

Related Content:  “We Cannot Turn A Blind Eye To Racism And Exclusion”: Pope Francis Speaks On George Floyd’s Death And US Riots

The US states of Arizona, Florida, Georgia, Michigan, North Carolina, and Pennsylvania are seen as swing states in the race between Trump and his Democratic contender Joe Biden.

Some other states, such as Minnesota, Iowa, New Hampshire, Ohio, Wisconsin, and Texas, could bring surprises to election observers.

Public unrest is still fresh in the minds of Americans, with massive and prolonged protests and deadly riots earlier this year in the states of Oregon and Minnesota following the death of George Floyd, a Black man, under the knee of a white police officer.

Americans also recently witnessed protests and riots in at least a dozen states after there was no indictment for police officers for the death of Breonna Taylor, an African-American woman who fatally shot in her apartment.

In major cities, local police departments have also notified the public there might be street closures due to scheduled rallies and protests on Tuesday and Wednesday, when organizers have promised “count every vote” demonstrations.

No Green Cards untill 2021 as US President Trump signs into law Executive order halting their issuance.