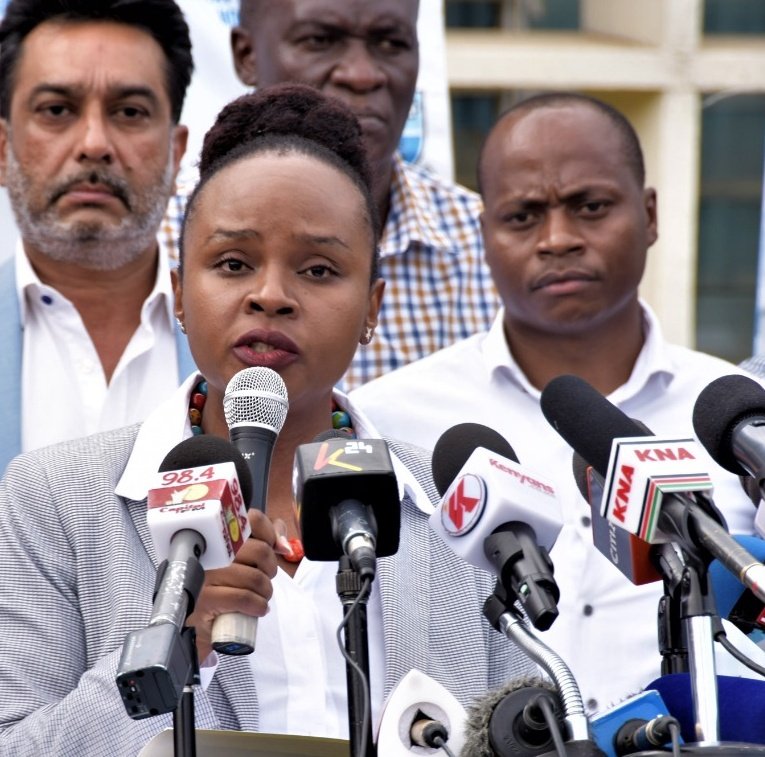 In the latest update from the government, it has been confirmed by the Health CAS Dr. Mercy Mwangangi that so far the only confirmed case remains one which was announced yesterday and they reiterate that she’s in ace condition.

Ministry has also announced that 22 other people who were in close contact including the 7 she was staying with in Rongai have all been traced and currently quarantined at Mbagathi hospital.

23 other nationals who traveled with the lady have also been traced and put on self quarantine. This puts the number of people under coronavirus watch at 45. It remains unclear if the web under watch goes beyond the identified individuals.

While reacting to misinformation that has been trending on social media for better part of the day, MoH said they were on top of the game and following up to deal with the sources of said rumors, “We have taken note of content on social media aimed at causing panic. Fake and alarming videos have been forwarded to the DCI” said Dr. Mercy.

The Government’s spokesperson Col. Cyrus Oguna has restated that the state is on top of everything asking for calmness as many go on panic mode over the deadly virus. “Our preparedness is at the highest level possible. It’s high time we adopt the highest level of hygiene practice to contribute at an individual level the country’s level of preparedness.” Said Oguna.

Kenya Insights allows guest blogging, if you want to be published on Kenya’s most authoritative and accurate blog, have an expose, news TIPS, story angles, human interest stories, drop us an email on [email protected] or via Telegram
Related Content:  Kenya: Everything You Need To Know About Corona Virus
Related Topics:
Up Next