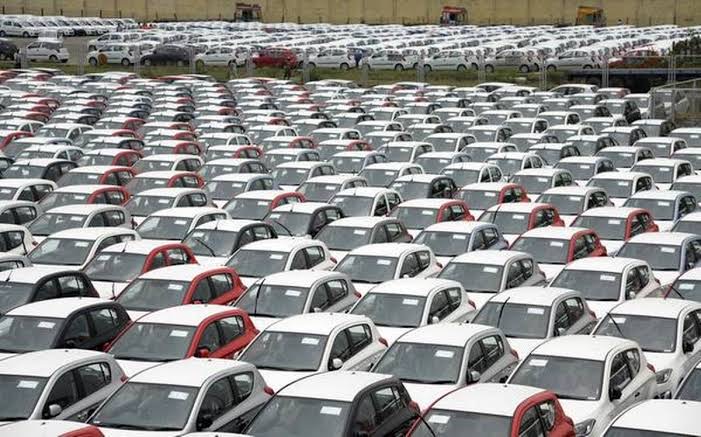 Radiation inspection is critical as Japan continues to grapple with effects of March 11, 2011 earthquake and tsunami that led to the nuclear disaster at the Fukushima Daichi power plant. Since then, radiation measurement has been required for all used vehicles to be exported from Japan.

The radiation measurement is taken before vehicles are handled by harbour workers. That way, only vehicles that satisfy the standard radiation values proceeds to the export procedures. Health researchers say as radioactive material decays, or breaks down, the energy released into the environment has two ways of harming a body exposed to it by directly killing the normal body cells or  cause DNA mutation.

This raises serious questions on the safety and quality of car imports into Kenya at a time when cancer cases are on the rise. To safeguard the health of workers, JHTA has been conducting on-site inspection of operations at each company and concluded that the firm failed to carry out ‘appropriate operations’. Then JHTA decided to cancel the designation of the company – The cancellation was officially approved on September 4, 2015.

“On May 25 and August 24, 2015, our committee investigated the actual inspected operation for radiation. The result of the investigation of these two foreign owned companies, Automotive Technologies Ltd and Quality Inspection Services Japan, has received the notice letter (Letter No. 23-123, dated of August 26, 2015) from the committee, that they are terminated as radiation surveyors since according to union standards, their actual inspectors are unqualified,” said the letter by the lobby’s Central Safety Committee Chairman Yasushi Tadome to association members on the move to blacklist the two firms.

Apart from the three years when it was in a multiple-contract with JEVIC and ATJ, the firm has been the sole inspection contractor since 2015 and has an active contract running to this year 2021 which Kebs wants it to share with other players in the next cycle of three years and of which is just for formality and sugarcoating to hoodwink the public watchdogs. 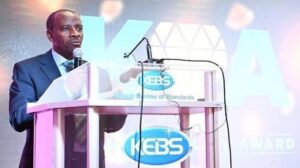 KEBS MD Bernard Ndiraini at a past event

The Managing Director- MD Benard Njiraini was on July 2 arrested by EACC for obstructing a bribery investigation linked to the controversial vehicle inspection tender. It is the Sh2.5 billion overcharge in inspection of used imported cars, equipment, and spare parts. The tender was under wraps and was only discovered during a PIC review of the agency’s books of accounts.

Suspicion arose after Njiraini denied that Kebs tendered for the expansion only to admit the same later after documentary evidence was produced and tabled.

The Public Procurement Regulatory Authority (PPRA) said the tender was flawed as it was not approved by the National Standards Council. The procurement plan had been done on January 2 while invitation to tender was done on December 3, 2019.

PPRA also flagged the approved procurement plan presented by Njiraini as having lacked estimated cost and source of funding for the project. “The procurement was not based on indicative or approved budget; and was done without purchase requisition. The tender document stifled competition,” PPRA said.

The authority also took issue with tender committee failing to record the number of pages of the bidding document and bid sums by the two firms.

The regulator admitted that Kebs wrongfully charged bidders non-refundable fees of Sh10,000 instead of Sh1,000 as spelt out in the Public Procurement and Disposal Regulations, 2013. Finance proposals were opened by the evaluation of committee instead of the tender opening committee in contravention of PPADA.

Interestingly, Kebs, it emerged, told the  AG that it was amending the existing contract only for the AG to learn that it was doing a fresh tender. AG Kihara Kariuki concluded that the standards agency misrepresented facts to his office and further failed to disclose that the tender had been challenged in court.

From statistics and database, Kenya imports an average of 7,000 used vehicles monthly and industry players say awarding the inspection tender to a company that has interests in the importation business could create a monopolistic (of which has already) situation in Kenya’s second hand car importation business and conflict of interest.

On May 26, 2020, a private Kenyan car importer, George Odhiambo filed a case at the High Court, accusing the Japanese company of overcharging Kenyans during the inspection process, arguing that the burden of the extra cost was eventually passed to the consumers.

“The first respondent (Quality Inspection Services Inc. Japan Limited) has been overcharging exporters and importers and Kenyans and unfairly withholding more fees than that contracted for. The petitioner went on to question the legality of QISJ operating as a monopoly in Kenya, giving them the autonomy he claims they have used to siphon billions over the years. “The fact that the extra charged levies by the first respondent are passed to the consumers violates the consumers’ right to the protection of their economic interest.”

In evidences presented before Public Investment Committee (PIC) by director of Auto Terminal Japan Company, Isaac Kalua, genuinly without favor would have led to ouster of unethical Kebs and AG’s officials and end of the road for substandard QISJ. The  four officials from the Auditor General’s office accepted facilitation by QISJ to United Kingdom, South Africa and Japan, where they conducted their audit. The office conducted a sham investigations and wrote in favour of the inept, corrupt firm which is a subject of probe today.

Challenged by the committee chaired by Mvita MP Abdullswamad Nassir to substantiate his claims, Kalua produced evidence to prove the said officers were invited and their logistics – including accommodation in top five-star hotels – provided by QISJ.

Kalua produced a letter, dated February 8, 2019, by QISJ to the British High Commissioner in Nairobi asking him to grant visas, to the United Kingdom, for Mr Fredrick Odhiambo, Catherine Mwasho, Brian Thuku and Dr John Ng’eno. They are indicated as Kebs officials who wanted to go there to inspect QISJ facilities and to carry out some audits and due diligence checks. He also tabled an email extract from a person who identified himself as “QISJ Admin”, sent to Dr Ng’eno and Ms Mwasho confirming the “team” had also been invited to Japan. He also promised to apply for their Dubai visa and make their payments and send the same to the team.

While QISJ had been notified of the intended audit as early as February 6, 2019, the other two competitor companies were notified five days later and through a totally different notification from the one sent to QISJ.

Kalua also provided a hotel booking to Innova Park, Enfiled in London. The said booking was done by a Mr Jaffer Hassan, who was identified as QISJ manager. He also produced an invitation letter for Mwasho and Ng’eno to South Africa.

However, in their audit, they admitted that they visited the QISJ sub-contractor but that due to limited time, they were not able to visit the Auto Terminal Japan contractors who are in the same country.

Even after admitting that they did not visit Auto Terminal sub-contractor, they went ahead to make a negative report about the pther two competitors while they made a positive one for QISJ.

Kalua went ahead to provide an invitation letter for the “team” to Japan, also producing a hotel receipt for Intercontinental Hotel in Yokohama, Japan, where Mr Odhiambo was booked in.

The accused person (Auditor General’s office) declined all the allegations made but when asked to produce original evidence of receipts to refute the accusations, they were unable to – Of which confirmed their guilt but the deep state couldn’t allow their prosecution obviously. Since then, it’s water under the bridge.

With the contract between Kebs and QISJ expiring April 2021, the Unholy relationship seems to getting refueled as the Kebs officials seems to be earning lions share payroll from QISJ. A mission which Corrupt Kebs officials should note in bold to be a MISSION IMPOSSIBLE this time round as their days have been numbered and their time have lapsed.

In our subsequent we look into how and who was involved in QISJ getting away with the dirty shirt from Kebs to OAG. Naming officials in the big scandal.