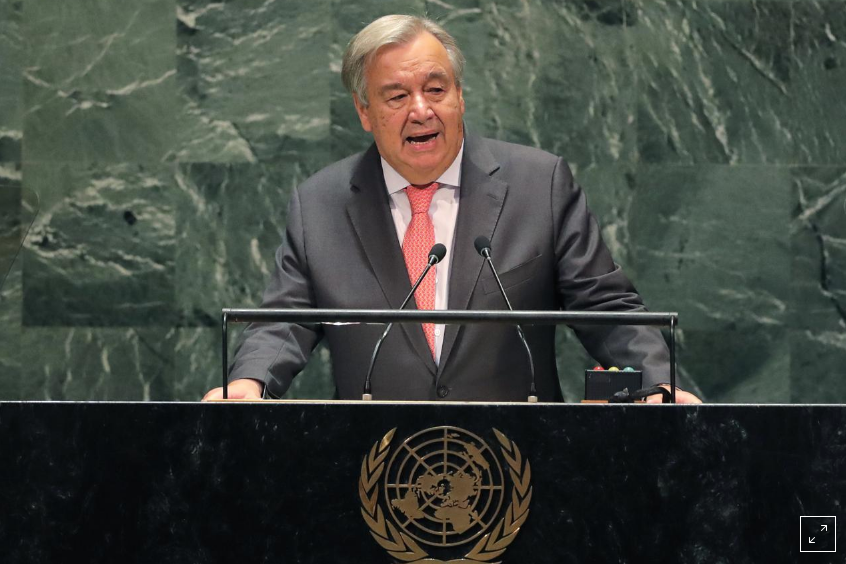 The United Nations (UN) is facing a severe shortage of cash and may not even be able to pay staff salaries next month. While addressing the opening of the 74th session of the United Nations General Assembly at U.N. headquarters in New York, United Nations Secretary-General Antonio Guterres warned that the global body is facing its worst cash crisis in about a decade.

“This month, we will reach the deepest deficit of the decade. We risk entering November without enough cash to cover payrolls,” said Guterres. “Our work and our reforms are at risk… To be more specific, a severe liquidity crisis. The equation is simple: without cash, the budget cannot be properly implemented.”

The shortage comes due to governments failure to pay their annual dues. The secretary general says the organisation is so cash-strapped that it had been forced to borrow reserves set aside for UN Peacekeeping Operations in order to meet expenditure needs in recent months.

The UN has now been forced to cut back on travel, purchases of goods and services and conferences, with the cash strain undermining the implementation of mandates decided by inter-governmental bodies.

Although 129 States out of 193 have now paid their regular annual dues, the most recent being Syria, UN Spokesperson Stéphane Dujarric told correspondents at the regular briefing in New York, others needed to pay “urgently and in full”. United States, the largest contributor to the U.N  owes $381 million for prior regular budgets and $674 million for the 2019 regular budget.

Related Content:  KRA Monitoring Mobile Money Transactions To Nab Tax Cheats
Kenya Insights allows guest blogging, if you want to be published on Kenya’s most authoritative and accurate blog, have an expose, news, story angles, human interest stories, drop us an email on tips.kenyainsights@gmail.com or via Telegram
Related Topics:
Up Next

Oguna: Kenya Navy Has Spotted And Identified The Number Plate Of Submerged Vehicle