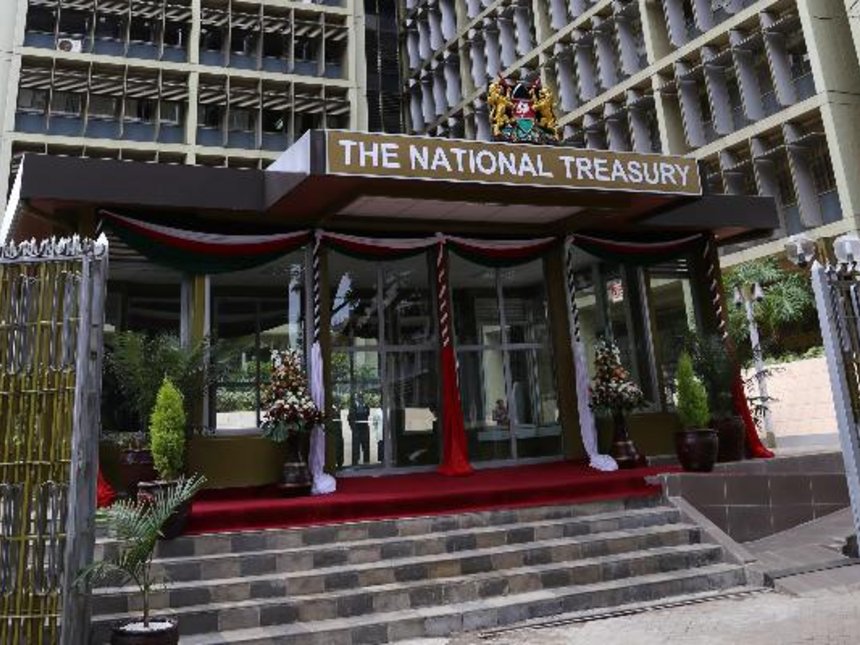 With proposed austerity measures failing to cutting costs and the Jubilee government looting and splurging all tax-payers money, President Uhuru Kenyatta’s administration whose thirst for debt can not be quenched now plans to borrow about Sh1.84 trillion more before his term ends in August 2020.

Treasury chiefs project in draft Budget Review and Outlook Paper projects that total debt which was nearly Sh5.81 trillion this June will jump to Sh7.65 trillion in the year ending June 2022. The administration which has seen the biggest graft cases ever, inherited slightly more than Sh1.89 trillion in June 2013 from the PNU government and will have borrowed at least Sh5.76 trillion to implement the president’s manifesto in the 10 years of power.

The government has come out to defend this extragavant borrowing, saying the country must invest in its infrastructure, including roads and railways.

Kenyans should prepare for tougher times ahead to meet the demands of debt repayment as the country’s appetite for loans is projected to remain high even with the treasury warning  of hard times as debt burden grows. Earlier this year the African Development Bank (AfDB) in a new research warned of the rapid build-up of costly public debt in the past five years which has put the Kenyan economy at the risk of turbulence.

This increase in debt has seen Kenya commit more than half of taxes to repaying loans, In the year ended June, Kenya spent Sh826.20 billion on debt repayment, that is 57.37 percent of the Sh1.44 trillion tax collected in the period. With corrupt officials looting the borrowed money and half the remaining tax leaving little to no cash for development promises, Uhuru’s manifesto is just one of those new resolutions lists people make and forget immediately.

Related Content:  Britam Is Retrenching 138 Staff
Kenya Insights allows guest blogging, if you want to be published on Kenya’s most authoritative and accurate blog, have an expose, news TIPS, story angles, human interest stories, drop us an email on [email protected] or via Telegram
Related Topics:
Up Next

Airtel-Telkom Merger Flopping Before It Starts