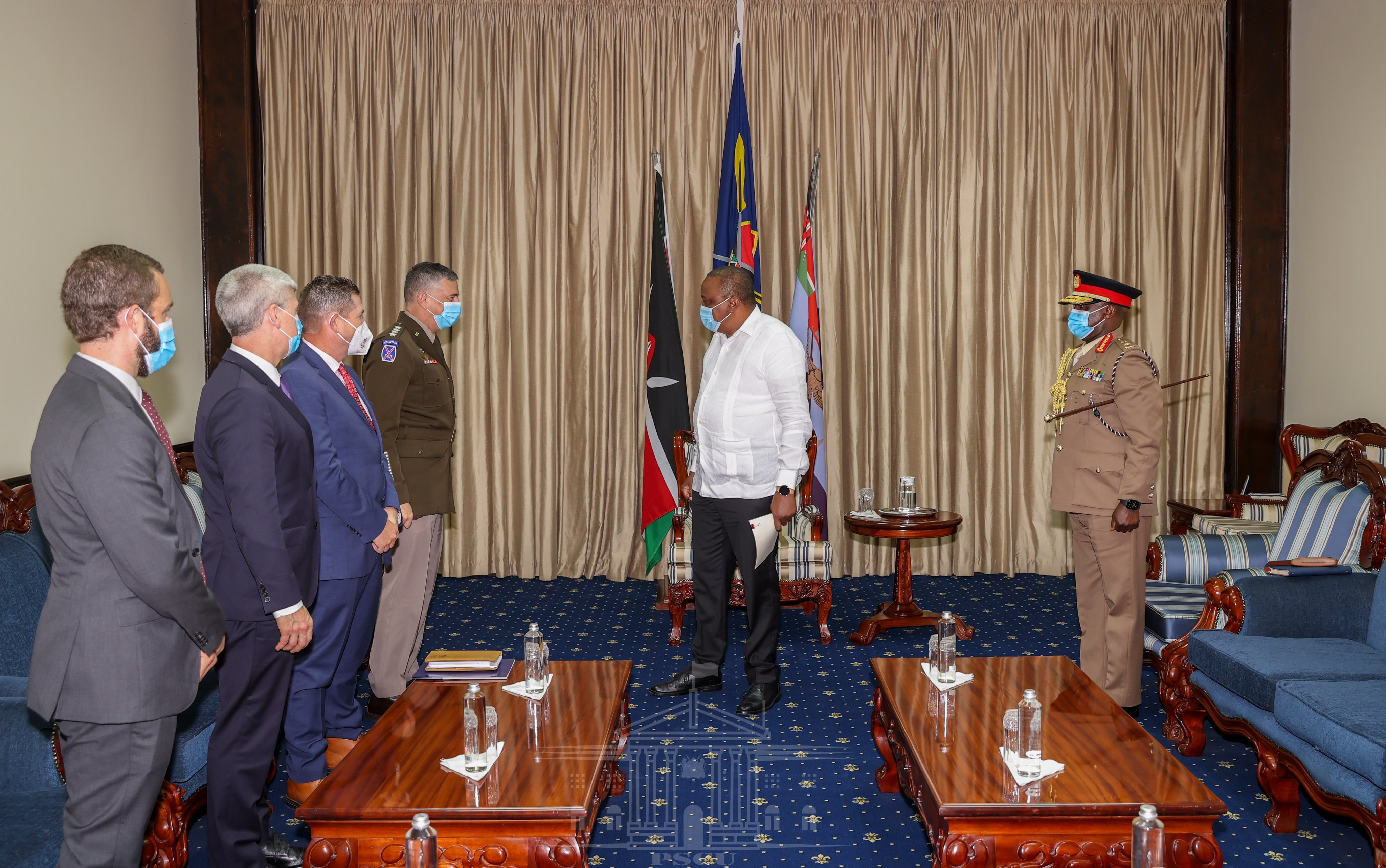 Kenya’s president on Tuesday received commander of the US Africa Command (AFRICOM) in the capital Nairobi, local media reported.

The meeting between Uhuru Kenyatta and Gen. Stephen Townsend was also attended by Kenya’s Chief of Defense Forces Robert Kibochi and US Ambassador to Kenya Kyle McCarter.

The meeting discussed ways to strengthen military cooperation between the two countries.

The US seeks to advance its national security and economic prosperity interests by helping Kenya’s economic stability, security, as well as health, education, environment, and combatting wildlife trafficking, the daily said.

The US, has four main security assistance objectives in Kenya, which are; Professionalize the Kenyan military forces, increase Kenyan counterterrorism as well as border security capabilities, besides others like increasing peacekeeping capabilities and maritime security.

The contents of the meeting were not revealed.

The meeting came amid a diplomatic crisis between Somalia and Kenya as the former on Tuesday announced it was cutting diplomatic ties with its southwestern neighbor Kenya, accusing it of violating Somali sovereignty and territorial integrity.

Kenya Insights allows guest blogging, if you want to be published on Kenya’s most authoritative and accurate blog, have an expose, news, story angles, human interest stories, drop us an email on tips.kenyainsights@gmail.com or via Telegram
Related Content:  Matiang'i To Autocrat Liquor Ads On TV
Related Topics:
Up Next

NCIC Summons Sifuna, Jumwa Over The Use Of Vulgar Language