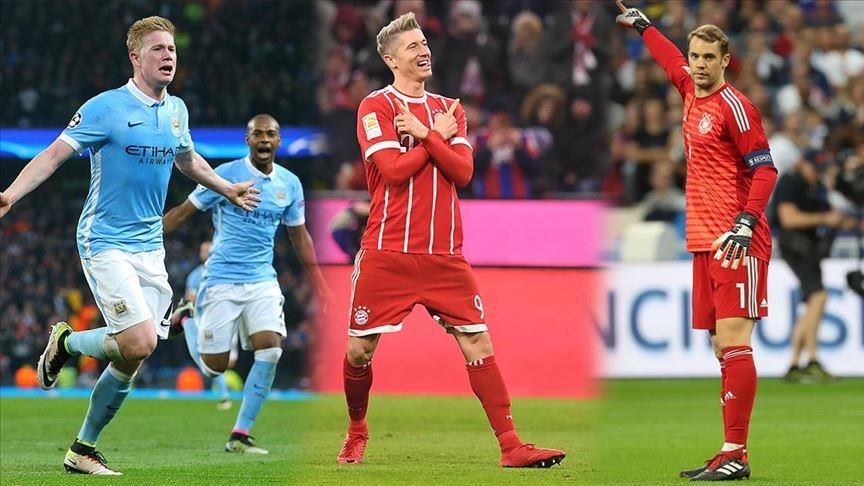 Bayern Munich’s Robert Lewandowski and Manuel Neuer alongside Manchester City’s Kevin De Bruyne have been shortlisted for the UEFA Men’s Player of the Year award on Wednesday.

“For the men’s player award, the shortlist of three players was selected by a jury composed of 80 coaches of the clubs which participated in the group stages of the 2019/20 UEFA Champions League and UEFA Europa League, together with 55 journalists from each of UEFA’s 55 member associations, selected by the European Sports Media (ESM) group,” UEFA said in a statement.

Polish striker Lewandowski and German goalkeeper Neuer have been key players of Bayern Munich as they helped the German giants win the UEFA Champions League trophy in 2020.

The winners of the both awards will be announced during the Champions League group stage draw on Oct. 1.

In addition, Liverpool boss Jurgen Klopp, Hansi Flick of Bayern Munich and Julian Nagelsmann of RB Leipzig have been nominated for the Men’s Coach of the Year award by UEFA.

Separately, Lluis Cortes of Barcelona, Stephan Lerch from Wolfsburg and Jean-Luc Vasseur of Olympique Lyonnais have been nominated for the UEFA Women’s Coach of the Year award.

Related Content:  Kenyans Gang Up Against EPRA Over Crackdown Of Solar Operators
Kenya Insights allows guest blogging, if you want to be published on Kenya’s most authoritative and accurate blog, have an expose, news, story angles, human interest stories, drop us an email on tips.kenyainsights@gmail.com or via Telegram
Related Topics:
Up Next

Didmus Barasa Pays Owner Of Car He Was Accused Of Stealing

State Sued For Victims Of Police Brutality During Lockdown