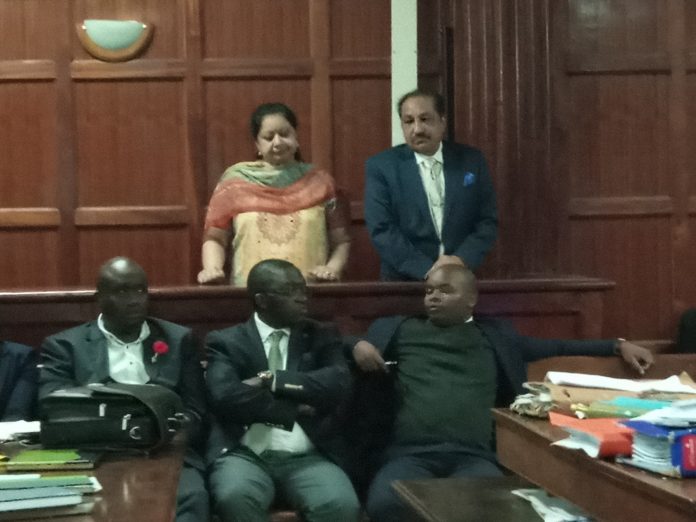 Tycoon Mohan Galot’s nephew has told court how their uncle fraudulently transferred their late fathers shares of the Galot empire to his wife Santosh Galot without authority.

Narendra Galot told trial magistrate Gilbert Shikwe that their father, Lalchand Galot died in 1995 after which they applied for grant to his estate.

In his testimony, Narendra said that their mother was issued the grant soon after by the High Court.

The court heard that the late Lalchand Galot owned 25 percent of each of the Galot companies including Manchester Outfitters Limited, Galot Industries, Mohan Meakin Limited among others. He also owned several pieces of land.

Narendra and his brother Pravin Galot were the beneficiaries of the estate which was to be distributed among them and their mother.

It was testimony that Mohan Galot tried to challenge the grant but was dismissed.

“I would like to add that the grant was challenged by the uncle Mohan Galot but the matter was dismissed,” Narendra testified.

According to Narendra, in 2002 their uncle started behaving as if he was the sole owner of all the companies.

He added that the same year, the directors wrote to the registrar of companies requesting for details of ownership and directorship of Meakins, Galot Industries and King Woolen Mills which used to be Manchester Outfitters Suiting Division Limited.

The registrar replied that their father’s shares had been fraudulently transferred to one Santosh Galot who is Mohan Galot’s wife.

I confronted my uncle and his reply was “your father owns absolutely nothing, this is all mine.”

He added that his uncle told him he can leave the business if he so wished. This prompted him to report the matter to the police and started investigations.

The court also heard that in a supporting affidavit by Mohan Galot in the succession cause, he states that Narendra’s father was neither a shareholder nor director in the companies yet he founded the said companies.

Currently, Mohan Galot runs the Galot family empire after the demise of three of his brothers including Narendra’s father.

How Al-Shabaab Profits From Sugar Smuggling Across Kenya-Somalia Border