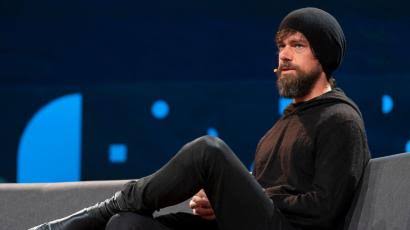 Jack Dorsey, CEO of Twitter and mobile payments company Square has said that he is moving to Africa for at least three months next year.

He stated this after winding up his trip in Ethiopia this week, as part of a month-long tour across the continent. He tweeted that would be meeting with entrepreneurs in Ethiopia, Ghana, Nigeria, and South Africa.

Headed to Africa for all of November! Ethiopia, Ghana, Nigeria, and South Africa. Going to spend a lot of time with entrepreneurs, including @betelhem_dessie @noelkudu @GETNETASEFFA! pic.twitter.com/PcLCw8LZwr

Yesterday, Jack Dorsey tweeted his farewell to Africa and announced that he would return for 3-6 months mid-2020.

Sad to be leaving the continent…for now. Africa will define the future (especially the bitcoin one!). Not sure where yet, but I’ll be living here for 3-6 months mid 2020. Grateful I was able to experience a small part. ? pic.twitter.com/9VqgbhCXWd

Jack has talked about the future and bitcoin in Africa. Last week we published why Kenya is slowly becoming a cryptocurrency and blockchain world. Jack will probably be in Kenya next visit and the same bitcoin will be on the table. I can’t deny or accept that Dorsey’s trip to Africa signals a change.

By the way, he was not the only tech guru traveling to Africa. Former Alibaba Group chairman Jack Ma was also in Ethiopia this week, signing an agreement to establish a new trade platform.

Kenya Insights allows guest blogging, if you want to be published on Kenya’s most authoritative and accurate blog, have an expose, news TIPS, story angles, human interest stories, drop us an email on [email protected] or via Telegram
Related Content:  CBK Trolled By KOT With Their 'elfu moja kama change’ Reply
Related Topics:BitcoinJack DorseyTwitter
Up Next