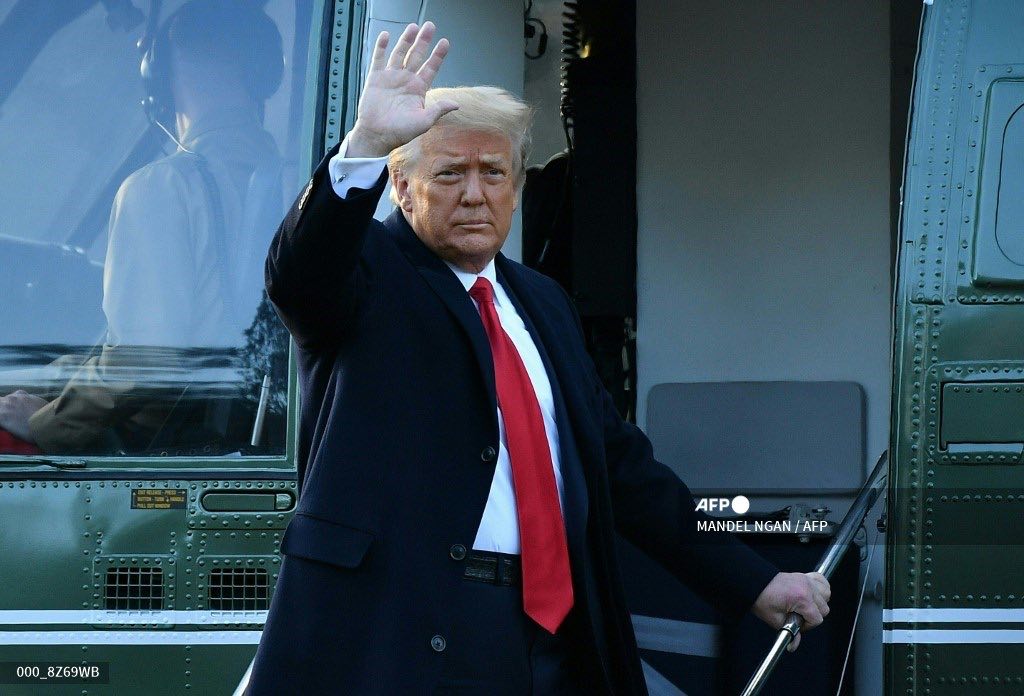 US President Donald Trump departed the White House for the final time Wednesday ahead of Joe Biden’s inauguration ceremony.

The presidency was a “great honor” and an “honor of a lifetime,” Trump told reporters before boarding a helicopter, adding “hopefully it’s not a long term goodbye.”

Trump is headed to a farewell ceremony at Joint Base Andrews in Maryland where he is expected to give a speech, after which he will head to the state of Florida to begin his post-presidential life.

The outgoing president previously announced he would not attend Biden’s inauguration, breaking with precedent that dates back nearly 200 years.

Normally, the outgoing and incoming presidents ride to the Capitol building together to take part in the inauguration ceremony in a display that embodies the US’s transfer of power. The tradition has been in place “with few exceptions” since 1837, according to the Joint Congressional Committee on Inaugural Ceremonies.

Kenya Insights allows guest blogging, if you want to be published on Kenya’s most authoritative and accurate blog, have an expose, news TIPS, story angles, human interest stories, drop us an email on [email protected] or via Telegram
Related Content:  UK Government Seizes Sh10B Properties Belonging To David Muge, A DP Ruto’s Top Most Proxy
Related Topics:
Up Next