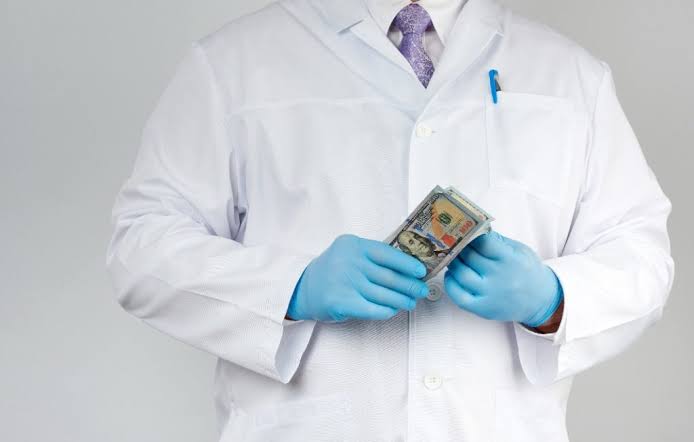 This Covid-19 pandemic will show us things! One is never quite sure about the truth of some stories appearing in the media. There was a time when certain interested chaps planted stories in newspapers. Looks like this still happens.

“Kenya Medical Research Institute (Kemri) has disputed reports it has run out of testing kits,” the paper reported.

“Kemri managing director Yeri Kombe said the claims were based on a report compiled by the research institute before the government procured and delivered the consignment.”

Where did Kombe say this? Did he speak to the PD reporter exclusively, addressed a press conference, spoke on a radio or TV show, tweeted, posted on Facebook or told a gang of mechanics fixing broken cars with fake spare parts at Grogon?

Anyway, Kombe was apparently reacting to the lead story in the Star just the previous day headlined, “Kemri runs out of Covid testing kits” (April 29).

The paper reported that, “The country has run out of essential screening and testing equipment, even as the government projects up to 30,000 Kenyans could die of Covid-19.”

Lion Place cited a report Kemri director Kombe submitted to a Senate committee that said the institution had exhausted the equipment, reagents and materials used in screening and testing Covid-19 patients.

“As a result, Kombe disclosed the institute was in dire need of Sh790 million to restock the supplies to resume normal operations and scale up testing,” the Star reported.

The paper said something else quite startling: Kemri had no capacity for Covid-19 mass testing that the government has been talking about for weeks.

“Currently, an average of only about 700 samples are tested per day against the capacity of 37,000.”

The PD reporter should have questioned Kombe on the claims contained in the report he submitted to the Senate committee.

“Currently, an average of only about 700 samples are tested per day against a daily capacity of 30,000,” the report said.

“This Kombe attributed to the shortage of reagents and consumables, equipment, and the capacity of health workers to collect such many samples every day.”

So, the Big Q is: Does Kemri have enough kits for mass testing as reported by PD?

A source at KEMRI however intimated to Kenya Insights what could be the situation, “The bottomline there are less than 25000 test kits. When Dr Lutomiah asked difficult questions, he was shoved aside by the mandarins at MoH who see this pandemic as their opportunity to eat.”

“For the Mafia at Mafya house, its a feasting opportunity. Collaborators and smaller research projects expect to be reimbursed on what they have contributed in kind as well as weĺl as funds in kemri grant accounts. When Dr Lutomiah asked about this, he was shown the door. The delay in results was just an excuse to get rid of someone asking too many difficult questions. MoH wants results without any input which is impossible. We can’t be asking for donor money now. Every nation is overwhelmed.” Said the source.

Dr Lutomiah being the director CVR and Kenyan project lead for Global Emerging Infections(GEIS) which is funded by US Army Medical research unit stepped up and prepared the centre for the work ahead including mobilizing resources and personnel. Viral transport media which is used to collect samples was in short supply worldwide, Dr Lutomiah made arrangements to have it prepared in CVR because it ran out in KEMSA. “We’ve been supplying and supporting less disadvantaged countries in the region including Somalia and Eritrea. After all this, when Dr Lutomiah started asking questions regarding funding, he was judged a criminal and everything possible was done to make an example of him so there won’t be anymore like him.” Said the source.

“Mass testing wont be happening.” Our source says. He continues, “Just expect at most 1000 tests daily. Even the diagnostic kits that they say Kemri will make are antibody kits which generally have low accuracy and can’t tell definitively be used in diagnosis compared to PCR currently being used.”

Kenya Insights went further to dig deeper on the capacity. “If kits were available, numerous genexpert equipment used in TB and are in almost every level 4, 5 and 6 hospitals would have already been deployed rather than shipping samples accross the country to KEMRI. Each of these has a 2 hour turnaround time for 16 tests and so more ground would be covered. South Africa has done so hence they are doing 5000 to 8000 per day. But we are stuck with people who’s only interest is how they stand to benefit financially.” Our source said.

In March, Kenya received a batch of 25,000 kits for testing coronavirus. The kits were donated by China’s billionaire Jack Ma through his Alibaba Foundation.

In the backdrop of all this is the big question of where the kits have been and if they’ve been efficiently utilized. According to a document obtained by Kenya Insights, the bulk of kits especially from Jack Ma has been distributed to the counties as follows; 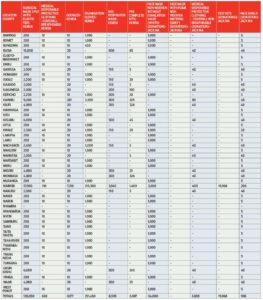 Jack Ma’s medical supplies for Kenya has however drawn suspicions with Kenyan blogs alleging that they’ve been squandered and healthcare cartels making millions out of them. Kenya National Chamber of Commerce and Industry (KNCCI) Chairman Richard Ngatia has found himself as a center focus and punching bag for curious blogs. 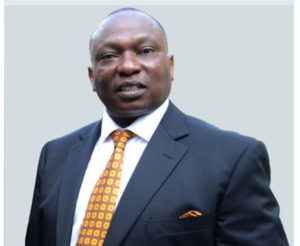 Kenya Digest that had the exclusive story of an alleged fraud of selling Jack Ma’s kits wrote, “Galileo Lounge owner Richard Ngatia is also the high priest of medical supplies in Kenya through the Governmental Kenya Medical Supplies Authority (KEMSA) which is a state corporation under the Ministry of Health established under the KEMSA Act 2013 and “which provides reliable, affordable and quality health products and supply chain solutions to improve healthcare in Kenya…”

“The greatest cause of distress during this COVID-19 pandemic in Kenya revolves around the well-known fact that we lack the medical capacity to handle a full-blown infection.”

“First World countries’ capacity has been outstripped and doctors are having to choose whom to give emergency medical care, and whom to let die.

Ngatia had been ready for the coronavirus outbreak since January, by using his access to high-level international intelligence that is available to the Kenyan Presidency, he, therefore, imported a lot of the testing kits and PPEs that would be critical, before the lockdown of airspace around the World.

Currently, Kenya has 10s of thousands of testing kits in the country, with two-thirds having been donated by Chinese Jack Ma and others, but these donations were taken over by Ngatia, to be resupplied to private hospitals.”

Following sustained questioning and flagging of the donations from China. Sources talking to Kenya Insights says that Jack Ma is personally unhappy with everything and has asked the authorities to do a follow up and give an accountable report on how the supplies have been utilized.

Other sources talking to Kenya Insights intimate that getting equipment for coronavirus from kemsa is a toll order and absolutely expensive. We’re told of situations where public hospitals are having a hard time procuring supplies from KEMSA. It seems the private hospitals with big money are getting priorities.

Related Content:  Covid-19: Sonko Is Giving Away A Bottle Of Hennessy To Every Household And This Is His Reason

Eighty-two per cent of healthcare workers surveyed are forced to reuse Personal Protective Equipment (PPEs) due to lack of supplies.

A survey by the Kenya Ethical and Legal Issues Network  (KLEIN) released on Friday suggests 93 per cent of healthcare workers do not have enough PPEs.

The study aimed to find out the level of problems and their major concerns.

The online survey of 601 health workers, public and private, was conducted from April 9 to April 20 in all 47 counties.

As Kenyans languish in poverty and in constant fear, coronavirus is making overnight millionaires. President Uhuru Kenyatta was assured Kenyans there will be audit of all monies that will have been spent on combating Covid-19, it is not clear if the names of the private companies that has supplied Personal Protective Equipment will be made public. A small bird has told corridors that at least three companies owned by powerful and highly connected businessmen and a sitting MP are some of the individuals who have a made a kill out of the pandemic. A group of the businessmen are said to have met two weeks ago at a home of a politician at a home within Nairobi’s Hurligham area.

Kenya Insights has since obtained details of the names and firms involved in the supply chain to be revealed in follow up article.

Disturbing fact indicates at a lack of capacity for the government to conduct a mass testing as things stand now but the modalities could likely change in the coming weeks. We’ve had budget breakdowns the worry is why other crucial areas as research and testing capacity not getting the bulk.

Kenya’s friends continue to come through for the nation. Latest being UAE even though their donation is yet to hit the Media airwaves.

This time we’re not going to let the cartels fatten off innocent lives. We know you, will come for you. Definitely.

NB: If you have any relevant information in relation to coronavirus fraud schemes, email me on (in.kenyawest@protonmail.com) you’ll be treated with the highest confidentiality.