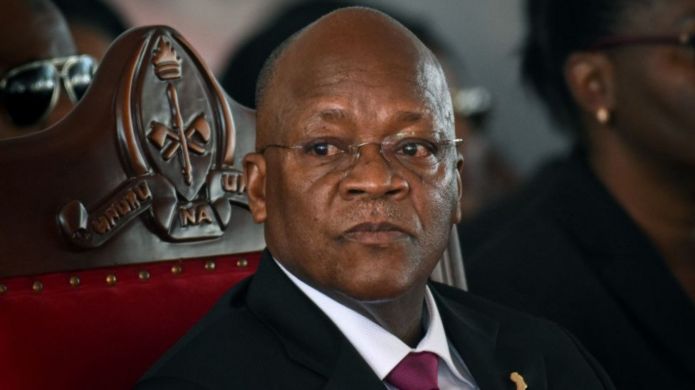 Tanzanian President John Magufuli has remained out of sight since late February, amid rumors he has COVID-19. Officials have insisted he is well, but the country’s vice president said Monday it is normal for people to get sick. She asked Tanzanians to ignore outside information that may cause confusion.

Speaking in the northeastern town of Tanga at the launch of a government project, Tanzania’s Vice President Samia Suluhu Hassan made comments that seemed to refer to President John Magufuli without mentioning him by name.

“I want to confirm to you Tanzania is safe. It’s normal for a human being to undergo checkups like flu and fever and could suffer other illnesses. I want to plead with Tanzanians, if there was a time to hold together is now. This is the time to build unity. It’s not a time to listen to information coming from outside,” said the vice president.

Tanzanian authorities have come under pressure to reveal Magufuli’s health status after some people, including opposition politicians, said he was sick with coronavirus. The president has not been seen in public since February 27, and several media reports said he was taken abroad for treatment.

Since the worldwide pandemic began a year ago, Magufuli has either denied the virus is present in Tanzania or said it can be defeated with steam inhalation and prayer. Philbert Komu is a political commentator and teaches philosophy at the University of Dar es Salaam. He said the vice president is trying to keep Tanzanians calm.

“Her comments seem to be normal to me for someone to be sick with the flu or coughing. It should be a normal thing to us. It shouldn’t bring too much chaos and uprising in a state like Tanzania. … I really believe that she wanted to deliver a message that she has not clearly really wanted to say,” said Komu.

“From the look of things, it’s like if you don’t provoke them, if we don’t keep asking questions, they will never tell us in time. Even the most recent event from the statehouse when Ambassador John Kijazi, Magufuli’s top aide in the statehouse, we never knew he was sick until they told us he is dead. So, they are not in a position to tell us what is happening now. They are just waiting to tell us the eventuality if he is dead or if he finally recovers from wherever he was,” said Ngurumo.

ICJ Allows Somalia Maritime Case To Go Ahead Without Kenya

Matsanga Lauds Kenya For Pulling Out Of Somalia Maritime Case