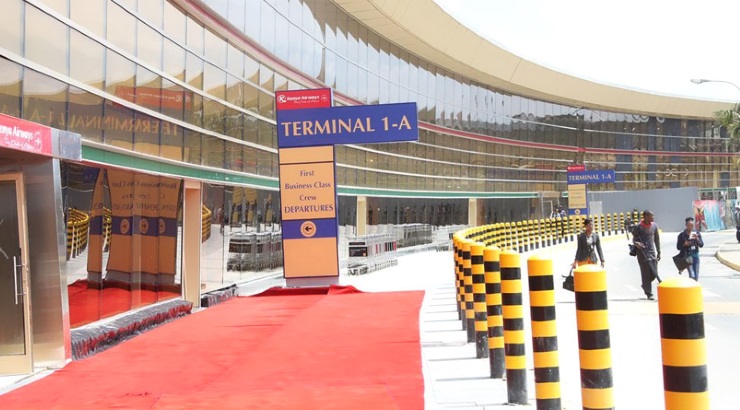 The Kenya Airports Authority (KAA) is holding talks with a Chinese company with a view to reviving works on the second runway at the Jomo Kenyatta International Airport in Nairobi.

Known as Greenfield Terminal, the Sh56 billion project was cancelled in March 2016 barely two years after a ground-breaking ceremony that was held on May 23, 2014.

At the time of cancellation, a down payment of Sh4.3 billion had been made to ACEG-CATIC JV, which was to undertake construction of the Greenfield Terminal.

A total of Sh75 million was spent on ground-breaking, while Sh129.9 million was paid to consultant, Louise Berger. PwC received Sh7 million for securing the financier of the project.

Following the termination of the contract, ACEG-CATIC JV wrote to KAA demanding to be paid a total of Sh17.6 billion for breach of contract.

The Chinese company wanted KAA to pay Sh2 billion for the preparation of bill of quantities, Sh2.4 billion in additional costs, and Sh708.2 million value added tax charged by KRA.

The contractor demanded an additional Sh5.6 billion, which included the balance of the contract for the bill of quantities, value added tax, and interest and penalties.

KAA on its part demanded back the Sh4.3 billion that had been paid to ACEG-CATIC JV, forcing the contractor to sue. The matter is still pending in court.

On Wednesday, KAA managing director Alex Gitari told the National Assembly Public Investments Committee that plans were underway to revive the Greenfield Terminal project and that KAA was in talks with the contractor to resolve the matter.

Related Content:  Kisumu Airport To Get Sh157M Facelift Ahead Of Africities Summit

“A team has been set aside to engage the contractor in negotiations on how the matter should be settled,” he said.

The Greenfield Terminal tender was cancelled due to Kenya’s purportedly failure to raise 15% of the project cost, which would have unlocked the remaining 85% budget that was to be provided by a consortium of local and foreign banks.

The KAA was to meet 15% of the required cost, which is about Sh8.4 billion, while the balance of Sh48 billion was to come from other lenders, including the China Exim Bank, Africa Development Bank (AfDB), American Consortium AAE and Standard Bank Group.

Mooted during the Kibaki government as part of Vision 2030, the 178,000 square metres terminal would have given JKIA an extra handling capacity of 20 million passengers a year.

The facility would have included 50 international check-in counters, eight air bridges for aircraft to dock, 45 aircraft parking stands, and an additional runaway.

Kenya Insights allows guest blogging, if you want to be published on Kenya’s most authoritative and accurate blog, have an expose, news TIPS, story angles, human interest stories, drop us an email on tips.kenyainsights@gmail.com or via Telegram
Related Topics:Alex GitariAnhui Construction CompanyGreenfield Terminal projectJomo Kenyatta International Airport (JKIA)Kenya Airports Authority (KAA)
Up Next

Kisumu Airport To Get Sh157M Facelift Ahead Of Africities Summit