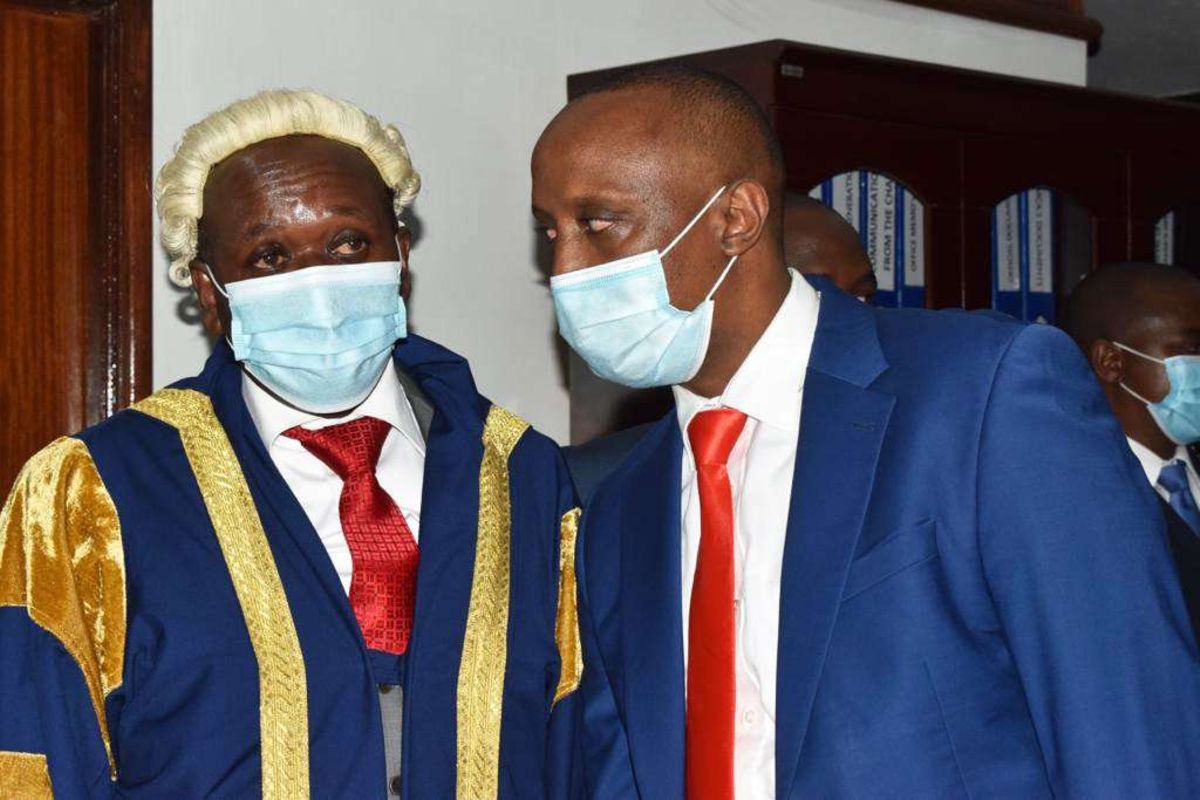 The swearing in comes even as security was beefed up at City Hall with officers patrolling the environs in readiness for any arising skirmishes.

The law states that the speaker’s role is limited to 60 days in preparation for a by-election in the event of a vacancy in the offices of governor and deputy.

The Nairobi gubernatorial by-election is to be held by February 15, 2021, which will be within 60 days of the Senate impeachment vote.

Sonko is the second Governor in the country to be kicked out of office after former Kiambu Governor Ferdinand Waititu in January this year and Martin Wambora of Embu.

However, Wambora escaped impeachment after the courts quashed his removal. Waititu, on the other hand, failed to secure an injunction and was successfully removed from office..

On Thursday night, the Senate voted on four charges to impeach Sonko.

The lawmakers voted on charges related to gross violation of the constitution, abuse of office, gross misconduct and crimes under national law against the governor.

However, Senator Kipchumba Murkomen, who opposed the motion faulted the motive of the move arguing the trend would jeopardize devolution.

Narok Senator Ledama Ole Kina fiercely defended Governor Sonko saying most of the charges were not adding up due to insufficient evidence.