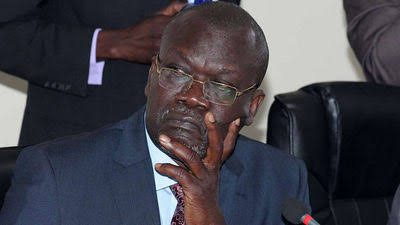 A whopping Shs600 million have been lost – cant be accounted for in the executive wing. Siaya county assembly plans to summon Governor Cornel Rasanga, Senator James Orengo and CECMs to appear before the county assembly to let the cat out of the bag.

In the looming showdown, MCAs  are also bothered to get answers on the perceived controversial contents of the Siaya PMCs fund of which whereabouts of over Sh100 million are unclear.

Siaya County has lost over Sh2.8 billion to corruption since 2013, according to a senior Ethics and Anti-Corruption Commission (EACC) official. The commission’s Western Kenya regional deputy head, Danstan Aura, described the state of corruption in the county as worrying, saying 313 corruption cases have been reported to the commission since 2013. Out of the cases handed over to the EACC, only 67 have been assigned for active investigations.

Kenya Insights allows guest blogging, if you want to be published on Kenya’s most authoritative and accurate blog, have an expose, news TIPS, story angles, human interest stories, drop us an email on [email protected] or via Telegram
Related Content:  Backlash As Jambo Jet Refutes Racism Claims
Related Topics:
Up Next