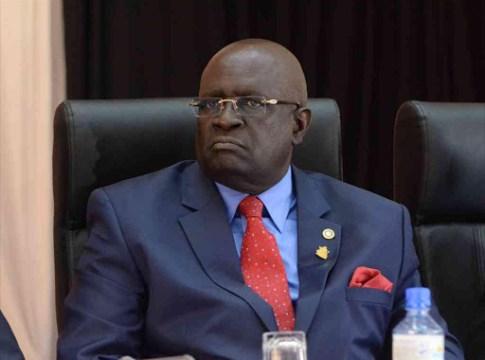 Education Cabinet Secretary Prof. George Magoha has clarified that all educational institutions will re-open in January 2021 as earlier announced, and blasted the media for allegedly misquoting him over the matter.

Speaking to journalists after inspecting the preparedness of Pwani University in Kilifi County Wednesday, Prof. Magoha said the media had formed a habit of misrepresenting his statements over the reopening of the institutions, saying this had made him look like a fool in the eyes of the public.

“I will not and shall not say anything with regards to the re-opening of schools because the Fourth Estate has continued religiously to write what I have not said and you keep also asking me the same question and then you go and portray things in a different manner,” he protested.

“That position has not changed, but depending on how the virus behaves, and on the ability of the schools to comply with certain things, then we shall relook.

“And what has the media done. They have made me to look like somebody who did not go to school, who flip flops; today I say this tomorrow I say that. I want to tell you that I am above that kind of nonsense,” he fumed.

He said contrary to what the media had reported, the government was doing its best to ensure that schools comply with Ministry of Health guidelines and protocols, adding that the government has set aside Sh1.9 billion to make desks for all primary and secondary schools in the country.

Related Content:  The Fight Against Malaria In Kenya And How It Can Be Eradicated By 2050

He said the government had developed a prototype of the type of desks it want made for the schools and that all the 47 county commissioners had been called to Nairobi to take the design of the prototype to be replicated at the sub county level.