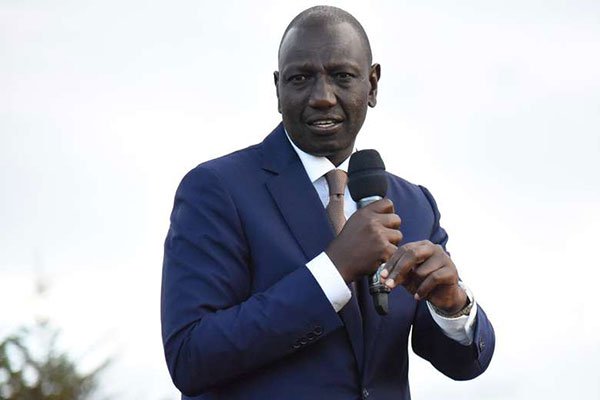 After ODM accusing DP Ruto of changing his Karen Home to an IEBC headquarter, a section of Jubilee Party legislators have now called on IEBC to disqualify the Orange Democratic Movement candidate Imran Okoth from the November 7 Kibra parliamentary by-election.

The Ruto alied MPs who had earlier today attended a church service at PCEA Emmanuel Church in Makina on Sunday, criticized the Sartiday’s invasion on Jubilee Party candidate McDonald Mariga as he campaigned in Kibra.

“Let all candidates and political parties embrace peace and give Kibra people a chance to decide who they want,” said Mr Ichung’wa.

According to them, which probably is the same thought of their boss William Ruto, Maina Kamanda who is only nominated because of his background was misleading Kenyans that President Uhuru Kenyatta does not support  Rito’s candidate Donald Mariga.

“Let them (Kieleweke) respect the President and stop lying that they have been sent (to Kibra) by him. It is shameful the youths who attacked Mr Mariga’s convoy yesterday (Saturday) have followed us here and destroyed window panes,” said Mr Korir.

Nixon Korir, the Lang’ata legislator stated that he’s going to write to the IEBC to disqualify the ODM candidate over the violence.

“(Mr) Raila Odinga is in the government courtesy of handshake hence we are free to ask for votes anywhere. The handshake did not come to finish democracy,” he said.

Mariga on his side called out on political leaders to stop manipulating youths to mete out turmoil on their competitors.

“The youths should not be used to unleash chaos on opponents, violence never pays, I have forgiven those who assaulted us,” said Mr Mariga.

Kenya Insights allows guest blogging, if you want to be published on Kenya’s most authoritative and accurate blog, have an expose, news TIPS, story angles, human interest stories, drop us an email on [email protected] or via Telegram
Related Topics:Donald MarigaIEBCImran OkothJubileeKibraODMWilliam Ruto
Up Next

Handshake’s BBI Report To Be Tabled Before Mashujaa Day