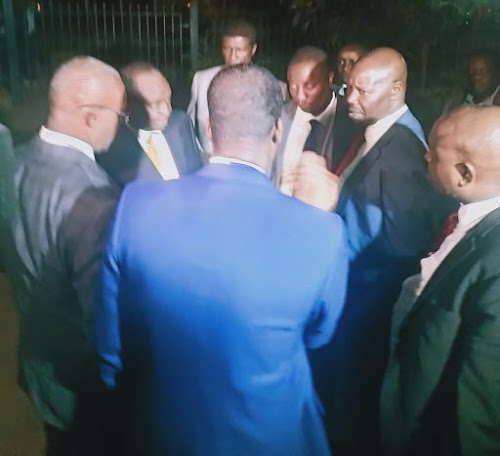 Treasury Cabinet Secretary Henry Rotich and his Principal Secretary Kamau have been released after posting bail.

The two on Tuesday evening managed to each raise the Sh15 million bail that the court demanded for their release.

EAC PS Susan Koech who was granted on Sh6 million bail with an option of Sh30 million bond also managed to pay hers.

Justice Douglas Ogori granted them the Sh15 million bail each and in the alternative deposit Sh50 million bond.

Justice Ogoti also ordered them to surrender their passports in 48 hours and barred them from accessing their offices.

They are accused of conspiracy to defraud the government, failing to comply with procurement law and irregular procurement of insurance policy through single sourcing for the Arror and Kimwarer dams project.

Kenya Insights allows guest blogging, if you want to be published on Kenya’s most authoritative and accurate blog, have an expose, news TIPS, story angles, human interest stories, drop us an email on [email protected] or via Telegram
Related Content:  Killer Cop Caroline Kangogo Shoots Herself
Related Topics:
Up Next