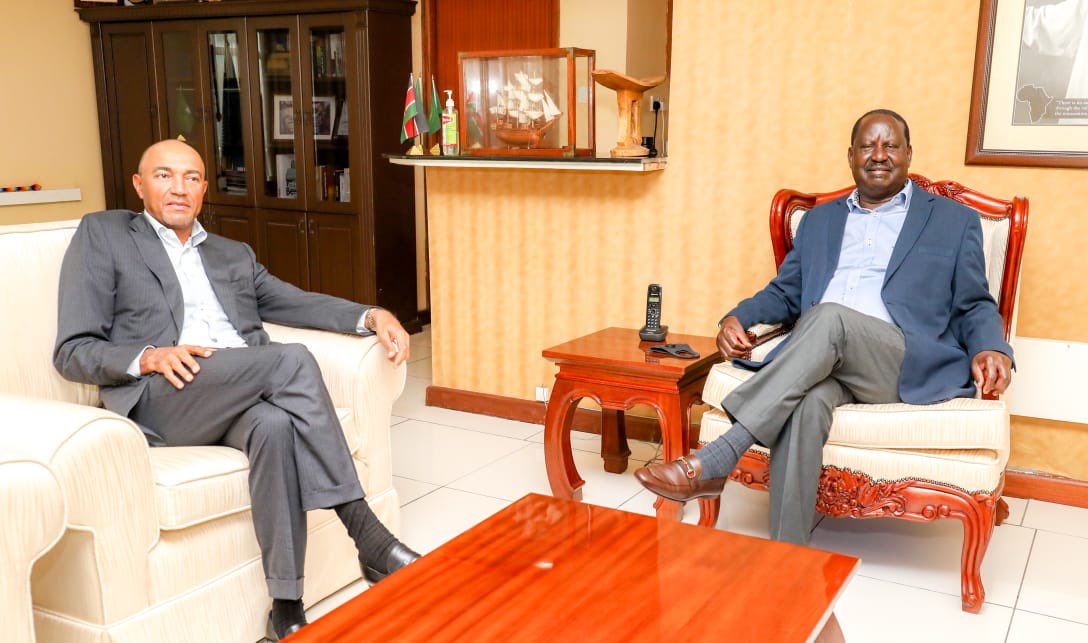 Prime Minister Raila Odinga has joined the debate about the dissolution of the parliament according to the advice that the Chief Justice has given the President over the gender imbalance in the parliament.

Here’s Raila’s stand on the issue.

The advisory by the Chief Justice to the President to dissolve the Houses of Parliament has placed the country and the people of Kenya in a precarious constitutional and political situation that will require careful deliberation before any action is taken.

There are numerous ramifications to the country and the people of Kenya in dissolving one of the arms of Government which if not mitigated sufficiently could have adverse consequences in the life of the nation and its people.

While we all have different opinions on the desirability or even wisdom of the action proposed, we have all been ushered into circumstances that require a consensus on the way forward failing which we may throw away the baby with the bath water.

The country has been thrown into this situation because of failure by Parliament to enact the two-third gender rule as provided for in the Constitution.

However, it remains unclear how the dissolution of Parliament would resolve the problem.

In circumstances where institutions have failed as is the case with Parliament currently, the Constitution gives power to citizens to act directly and not through their elected representatives to have their aspirations realized.

I appeal to the President to consult as widely as possible before taking any action on this matter and ensure that the overall interests of the people is served by any action he finally decides to take.

Related Content:  Speaker Benson Mutura Sworn In As Acting Governor Of Nairobi
Kenya Insights allows guest blogging, if you want to be published on Kenya’s most authoritative and accurate blog, have an expose, news TIPS, story angles, human interest stories, drop us an email on [email protected] or via Telegram
Related Topics:
Up Next

Stop Copying Me, Alfred Mutua Blasts Mudavadi For Stealing His Strategies And Ideas