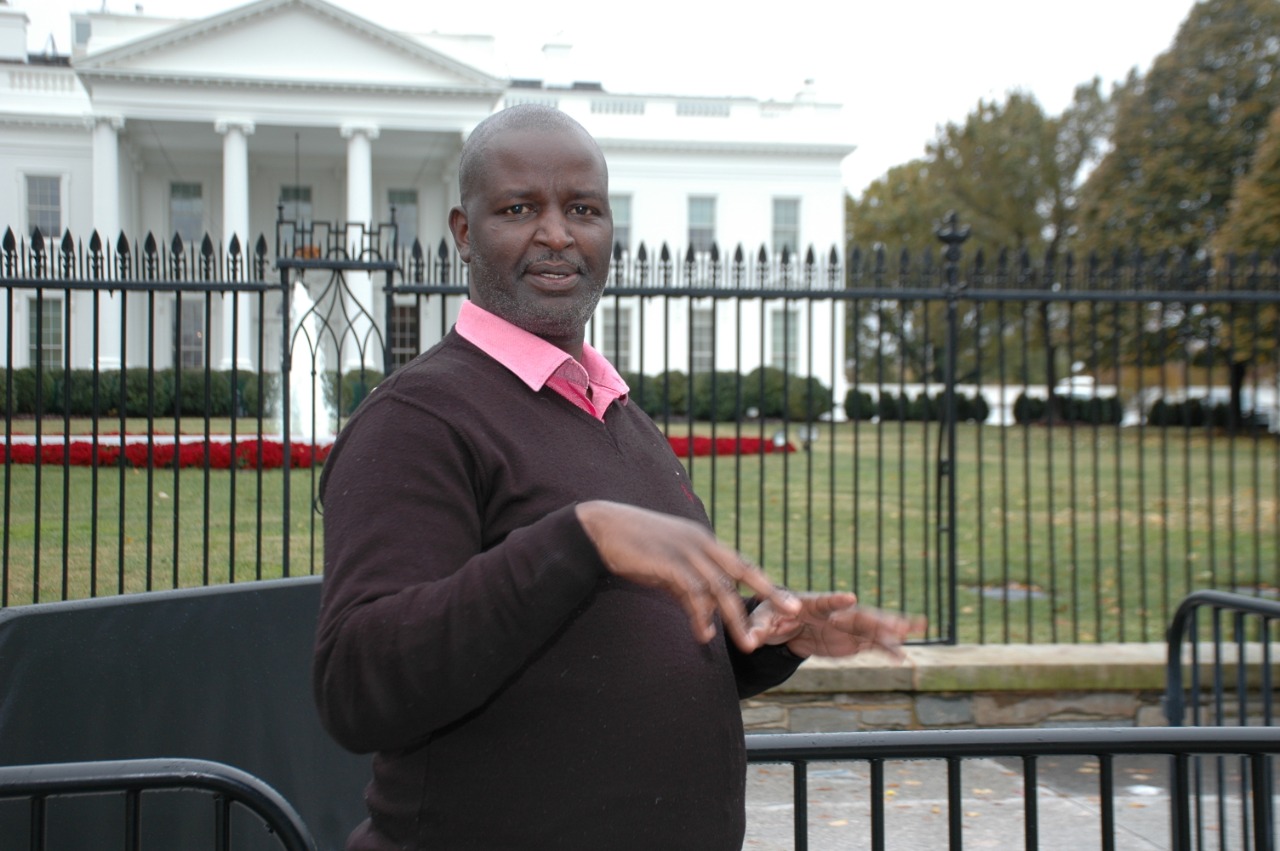 Robin Njogu pose for a photo at the White House during his study stay in the US.

President Uhuru Kenyatta has sent a message of condolence to the family of journalist Robin Njogu who passed on last night at a Nairobi hospital.

In his message of encouragement, the President described the late Njogu as a progressive journalist whose contribution to radio and online journalism has gone along way in transforming the country’s media and communication sector.

“Robin was an excellent journalist who mentored many young people in the Fourth Estate. We will forever cherish his skills and expertise in mass media, especially in radio where he has left a huge mark of excellence,” the President said.

President Kenyatta remembered Mr Njogu as an innovative, resourceful and open minded journalist whose contribution as a past member of State House press corp will be cherished forever.

“Robin always had a midas touch in transforming media stations into great communication and entertainment outlets.

“My interactions with Robin during his time in the press corp were always enriching. He was a trusted and very effective member of the team,” the President recalled.

Others have also shared their attributes to the king of radio.

“As the media fraternity can attest, Robin Njogu was friendly, humble and a good man. He was a skilled, dedicated and professional radio journalist who edited and reported on issues openly, independently and honestly. Gentle, kind-hearted and steadfast, Njogu believed in the true values of journalism, and contributed immensely to the strengthening of quality reporting.” DP William Ruto said.

“I’m saddened to learn of the passing on of Robin Njogu and his mum. Robin was a consummate journalist and contributed heavily to the development of radio news in the country. Sad loss for his young family, RMS and the media fraternity in the country. May God comfort his family.” ICT CS Joe Mucheru said.

Related Content:  Organizers: Eliud Kipchoge Is Within The Target

“Heartbroken to lose a friend and fellow journalist Robin Njogu. The other day when I visited him at the hospital he was cheerful and getting better. He sent me this photo recently of the days when he used to attend my Govt. Spokesperson briefings as reporter. What a sad night. His loss is devastating to his family & to us his extended family of friends & colleagues. Robin was a big hearted, cheerful & proficient journalist who believed in fairness & truth. He was a GREAT GUY. My condolences to his wife Carol, his children & family. Rest In Peace Bro.“ Machakos Governor Alfred Mutua said.

“The media fraternity has lost a professional journalist who set trends as a news editor. Robin Njogu was an independent minded journalist who always stood for truth and facts in his journalism. Humble but firm. Disciplinarian who did not condone mediocrity.” Garissa MP Aden Duale attributed.

His death is extremely devastating as it comes just days after he lost his dear mother.

Days before his passing, Mr Njogu lost his mother and the President wished God’s comfort and fortitude to the family as they mourn the two departed souls.

Here at Kenya Insights we extend our condolences to the friends and family and join Kenya media fraternity in mourning the big lost, Robin was a friend of our work as well. Read in peace Robin.