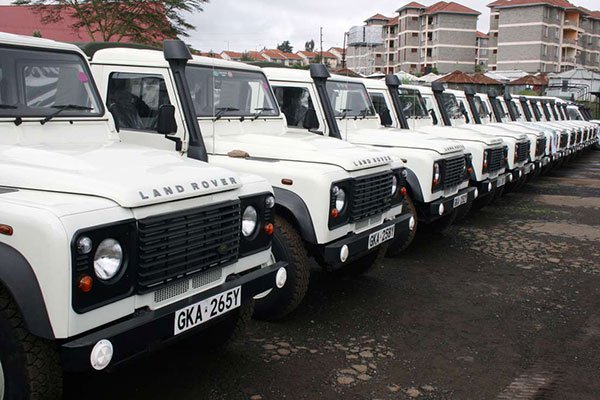 Parliament has initiated an investigation into the controversial Sh12.6 billion police vehicles leasing tender. The National Assembly Speaker Justin Muturi has given the departmental committee on Finance and National Planning 21 days to probe and report to the House if there was interference in the procurement process of the contract.

The directive follows a request to inquire about the tender from Endebess MP Robert Pukose, who claims the tender was shrouded in controversy. He claims the ten days it took to award the tender is too fast and suspicious while also faulting interior ministry for disregarding the Public Procurement Administrative Review Boards directive to stop the tender process.

Since 2013, the government has been leasing vehicles for the National Police Service, a move it states has saved taxpayers’ money. Mid this year, the Ministry of Interior tendered for the lease of 1,290 police vehicles, but the process was stopped by the High Court after a protracted legal battle filed by CMC motors.

Despite the High Court order stopping the tendering, the ministry through Interior Principal Secretary Karanja Kibicho went ahead to re-advertise it through a restricted process. Dr Pukose claims the process of picking the tender for the leasing of 1,290 police vehicles was shady and there is possibility some senior public officers pushed for their personal interests. Pukose said that while the first tendering process awarded to CMC had taken three weeks to finalise before it was finally cancelled, “the new process has taken unbelievably ten days”.

“The new tender process was ostensibly intended to circumvent judicial and other administrative processes,” added the MP.

The tendering had been halted after CMC filed a suit against the ministry for terminating the award of the tender to CMC weeks to the lapse of Phase II, the Interior ministry said CMC provided an expensive price as compared to their peers in the market.