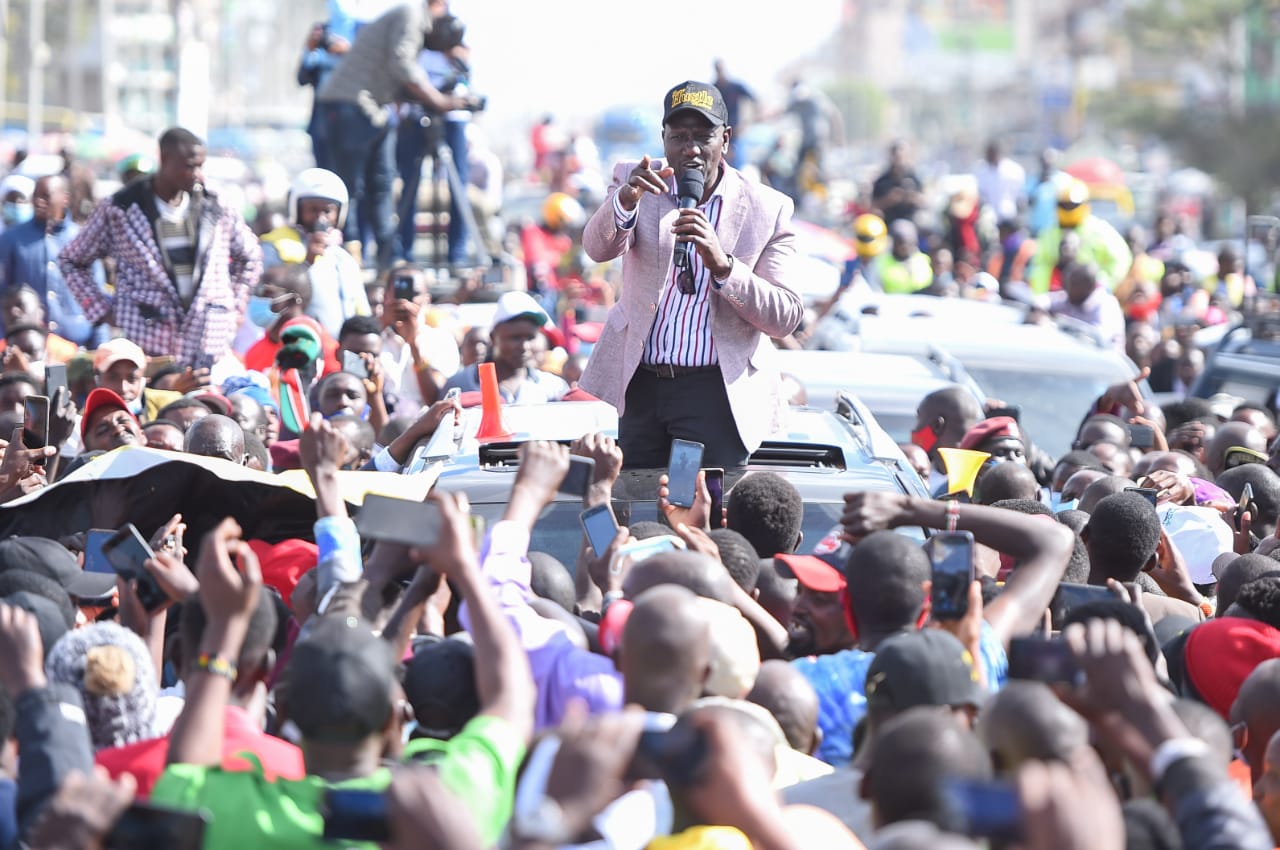 Deputy President William Ruto on Sunday said he will continue engaging Kenyans doing small businesses like boda-boda operators, in what he termed as an empowerment plan geared at elevating their businesses.

His sentiments came amidst sharp criticism from Orange Democratic Movement leader Raila Odinga who has questioned the source of his money.

But the DP said, “Odinga does not understand how it feels to be poor since he was born in riches.”

He extended an invitation to the Kitengela Boda-Boda Association members next week, to his Karen official residence.

The Deputy President was addressing a roadside rally in Kajiado town, after attending a church service in Kajiado, the home county of Environment Cabinet Secretary Keriako Tobiko, who recently sparked rage from Ruto’s camp after referring to him as a “mere clerk” of the President.

“They have disrespected us for long. They think a son of a peasant cannot become a President. We shall demystify the myth in 2022,” the DP said to a rapturous cheer from the crowd.

Two years to the General Elections, the Deputy President said he will not be derailed by his competitors, using his common mantra of being “with God and the People.”

He further asked Kenyans to shun political leaders evoking tension that might lead to disruption of peace.

“We no longer have fools to fight,” he said.

Ruto’s renewed political activities came at a time Odinga and President Uhuru Kenyatta are set to resume countrywide lobbying for the Building Bridges Initiative, which is set to culminate into a referendum to amend the Constitution (2010).

Already Odinga has held a series of meetings in the Coast, Western Kenya and Nairobi, saying “nobody can stop reggae,” while referring to an impending constitutional amendment.

While the President has been categorical he will retire from politics in 2022, a section of political hangers-on have hinted on a possible plan to extend his mandate through seeking a fresh mandate, but it remains unclear how it will be done.

The constitution gives any President only two terms of five years each.

Odinga too is expected to make another attempt at the presidency in 2022.

“We now have the system,” his elder brother Oburu Odinga said, expressing confidence of the ODM leader winning in 2022.