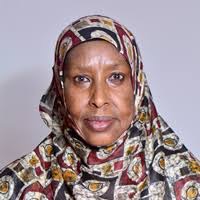 Women are gradually and slowly making their leadership presence felt across all spectrums of life. Our women are now resolved to break the traditional glass ceiling that barred them from entering leadership positions and making positive impact on lives.
In North Eastern region of Kenya, leadership has evolved and now women are at the heart of community transformation. They occupy in key areas of interest especially the political system where they are involved in day to day management and development.
Nasri Sahal currently a nominated Mp from Wajir and the new kid on the block has been hailed as one of the transformative political figures who are destined to get to the higher level of leadership pedestal courtesy of her unique style of leadership that entails direct engagements with the people she so much cares about.
She has steadily risen from an unknown community development activist to one of the most popular and active member of the Kenyan national assembly. Nasra, has been particularly praised for her role in agitating for the right of girl child , women and addressing and tackling domestic violence.
Apparently, because of her empathy, kindness and her penchant to always listen to everyone without being selective she has earned plaudits and respect from all and sundry. She is now a household name and a political figure out to make an indelible mark both on her career and the lives of those she represent.
Many residents of Wajir county view her as development oriented person if lent the unconditional and unwavering support of everyone. A recent opinion poll conducted by these website has returned an incredibly stunning result and outcome which indicated that most of the residents view Nasra as prospective leader who can transform Wajir county and the entire Northern region.
Related Content:  Law Suit Against Boniface Mwangi By DP Ruto To Give Kenyans A Rare Chance To Hear His Defense in Jacob Juma's Death
Kenya Insights allows guest blogging, if you want to be published on Kenya’s most authoritative and accurate blog, have an expose, news TIPS, story angles, human interest stories, drop us an email on [email protected] or via Telegram
Related Topics:
Up Next

David Matsanga On Why He Supports Uhuru’s War On Corruption