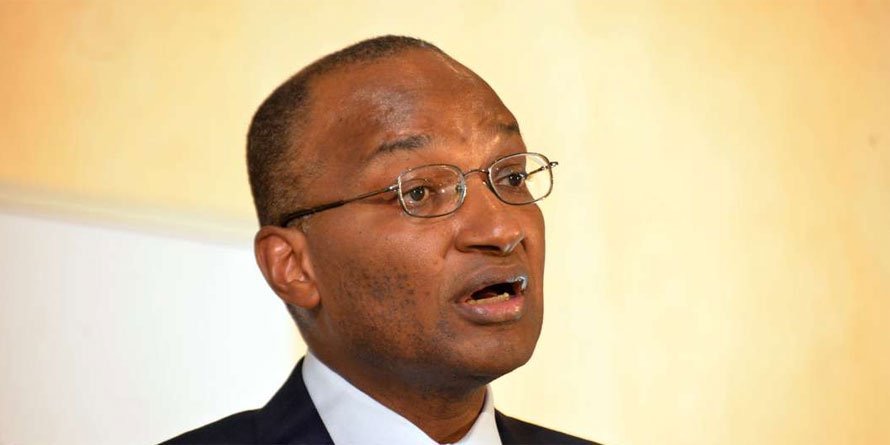 May 28 (Reuters) – Kenya’s headroom for new borrowing has shrunk since it tapped the Eurobond market this month and it is time for the country to begin reorganising its debt, central bank governor Patrick Njoroge said on Tuesday.

Njoroge, whose term is due to end next month, told reporters that the $2.1 billion Eurobond issuance in mid-May allowed Kenya to refinance some of its existing loans and “hopefully (give) us more room to expand the economy” and increase export capacity.

Kenya’s public debt as a percentage of gross domestic product (GDP) has increased to 55% from 42% when President Uhuru Kenyatta took office in 2013. The East African government has defended the increased borrowing, saying the country must invest in its infrastructure, including roads and railways.

Critics of the borrowing spree have questioned the value of some of the projects, particularly the billion China-backed railway project completed in 2017.

“As advisers of the government, our point is this is the time to begin working on reorganising our debt, not in a frantic way, so doing it the Eliud Kipchoge way, which is (that) it’s a marathon (run) and you have to do it in a steady way.”

The latest Eurobond was issued in tranches of seven and 12-year paper. The seven-year portion of the latest issue was priced at 7.0%, while the longer-dated tranche was priced at 8.0%.

“It is important to say that the moment for dealing with debt reorganisation, looking at debt and itself reorganizing it,…that moment has come,” Njoroge said. He did not spell out how the debt could be restructured.

Kenya is also negotiating with the World Bank for a $750 million loan for budgetary support, documents on the lender’s website showed on Tuesday.

Njoroge declined to comment on whether his tenure will be extended for a second and final four-year term.

The Kenyan economy expanded by 6.3% in 2018 as good rains boosted the agriculture sector. But a delayed start to Kenya’s rainy season this year could shave as much as 0.4% off forecasted growth, he said.

“We are not talking drought like we had in 2017,” Njoroge said, “because the rains have arrived, and the question now is are they adequate?”

The bank has forecast the same growth rate for this year, but the first rains, which usually start in March, did not come until late April.

First-quarter growth data, usually released in June, would make the outlook for this year clearer, he said.

The central bank held its benchmark lending rate at 9.0% on Monday, saying it would keep an eye on recent food and fuel price rises that could fuel inflation.

The U.S.-China trade dispute had escalated to a “full-scale war”, Njoroge added, and posed risks to the Kenyan economy. Uncertainty over Britain’s planned exit from the European Union is another external risk, he said.