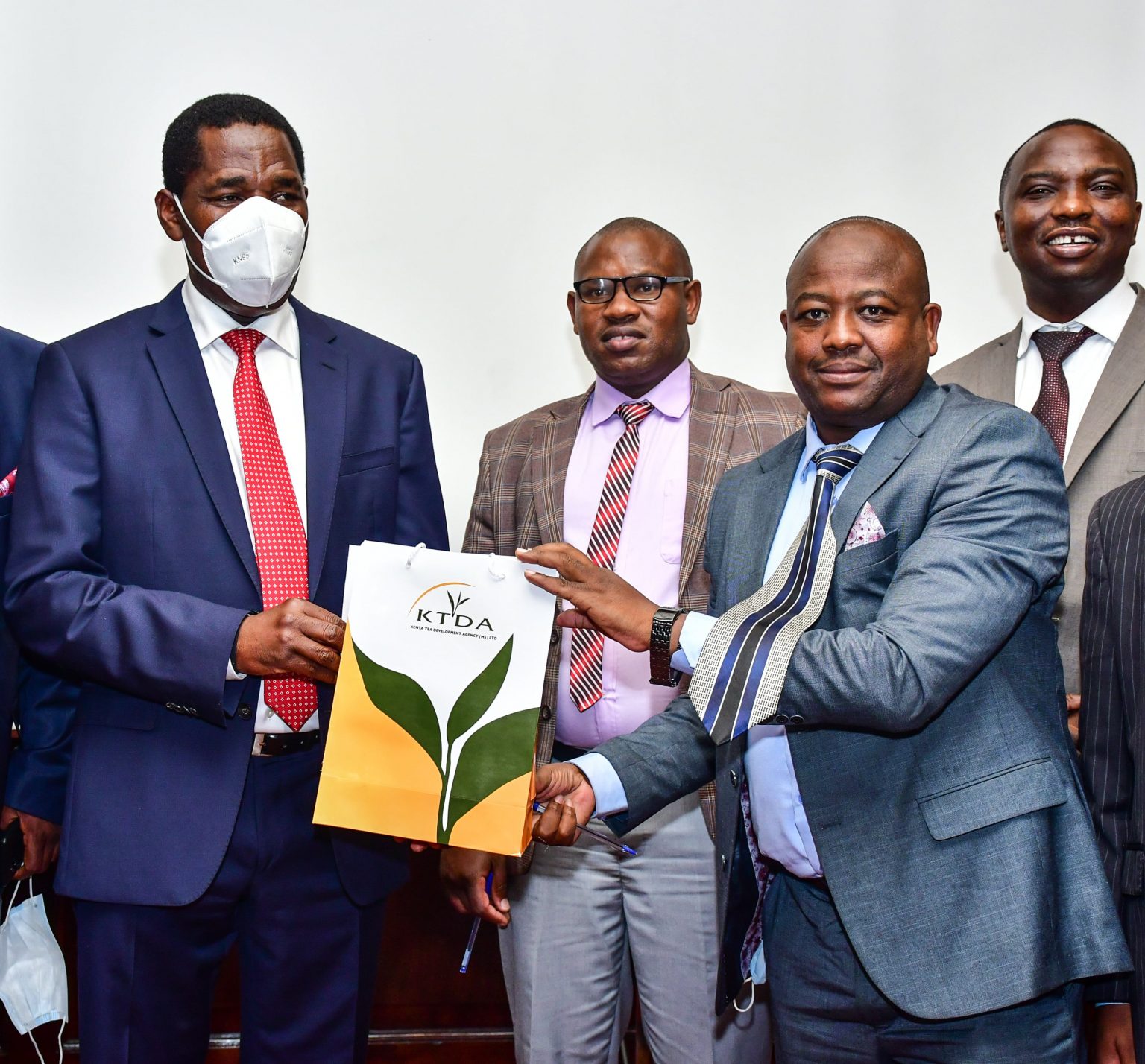 The Kenya Tea Development Agency (KTDA ) management team has been hit with what is now becoming a norm in the scandal ridden agency following a recent rift that threatens to undermine its main cores.

The strife at KTDA is nothing new. In 2020, some tea farmers in central Kenya called for the disbandment of KTDA, after it failed to pay farmers their annual mini-bonus. Then President Uhuru Kenyatta decided to disband the board and called for its overhaul.

The board was then dissolved, and a new one assumed control in June 2021. The new board is led by David Muni Ichoho.

Ichoho has however been accused of embarking on a serious witch hunt at the headquarters, including allegations of sexual misconduct including some members of his administration.
The new board has suspended six senior managers and demand a forensic audit of the operational and financial systems.

The ousted members claim the chairman oversaw their illegal dismissal that didn’t follow due diligence procedures followed but purely based on nepotism, sex exploits advances and tribalism according to a local publication privy to the details.
In a dramatic move, the disbanded board and staff led by disgraced former board chairman Peter Kanyago stormed the headquarters in a bid to chase away the Ichoho’s led team.

Related Content:  How Email Hacks Are A Threat To Businesses Globally

The ousted board instantly asserted that it was still in charge and asked people to ignore the new team’s “illegitimate” acts.

It referenced the Constitutional Court of the High Court in Mombasa and Nairobi issuing conservatory orders prohibiting the election of directors of tea factories.

According to Weekly Citizen, the looting at KTDA is back with Ichoho and his team hiding its operations and fooling farmers.

Allegedly, directors from other regions are at war with thosefrom Mount Kenya region. The Mount Kenya directors openly boast of using deputy president Rigathi Gachagua to help them remain in power. Infact, it is said, Chege Kirundi for years who fought legal battles with former KTDA bosses led by Kanyago is the defacto head of happenings at KTDA. The current CEO and Ichoho are just robots.

Records have emerged indicating that Mr Peter Kanyago, the former board chairman of the embattled KTDA now fighting to force his way back, owns a tea brokerage firm, in a clear conflict of interest in the tea industry.

This raised questions why the East African Tea Traders Association (EATTA), the auction platform, allowed a producers’ representative to own a brokerage company and whose interests he represents within KTDA.

While KTDA is appointed by farmers as its agent to the brokers, records from the registrar of companies indicate that Mr Kanyago is a shareholder of Atlas Tea Brokers through his company, Geopet Investments Limited.

Other shareholders of Geopet include his business partner George Kamau Muhoho. Geopet is an acronym for George and Peter.

According to Rule 5 of EATTA, broker members undertake not to act in any transaction in tea “in which it or he or any of its or his partners, directors or assistants are interested, directly or indirectly as seller, buyer, shipper or otherwise.”

Atlas was a broker for Imenti Tea Factory.

A tea broker earns a commission for every sale from both the producer and the buyer and Atlas is one of the largest broker in the industry.

Another company with shares at Atlas Tea Brokers is Pennant Trading Company, which is owned by Nicholas Munyi, a former EATTA chairman, which means that the brokerage is owned by insiders in the tea industry.

Mr Kanyago’s led KTDA board battled Uhuru’s tgovernment to stop reforms in the multi-billion shilling sector, which had been stymied for years due to insider interests and cartels like Konyago’s interests in a brokerage firm.

Insiders tell WC that millions cannot be accounted for with Ichoho and his team hiring choppers to crisscross the country visiting factories and flying slayqueens to Mombasa whenever on tour. The cartel controls the finance, human resource, procurement, operations, sales and audit departments.

KTDA woes widened when Twitter users shared their frustrations further exposing the rot consuming the company and its management.

".. organized left right and center, with hefty allowances for each director.
The accumulated bills/creditors are past the ceiling. Literally zero operating funds for the last two weeks. Employees are made to work overtime without any additional.."

Actually they are populists who ousted the previous board, and only one has attained minimum academic threshold for directorship positions, and took office while there was a court order restraining their election. They were backed by non other than Peter Munya😓

It now gets interesting. From a farmer directly. Anonymous. And if you got more info..kindly dm me. pic.twitter.com/5fG5fyOxUK

It apparently looks that the rot in KTDA is beyond. The company will crumble to its knees in no time. Money has made man do various atrocities to fellow men. The directors of KTDA are corrupt and sick to the core.

You see..all these are implicating Peter Munya. You might wonder why he was stressed during the last cabinet meeting. I now get it. pic.twitter.com/6PG43Xojpg

Related Content:  Bank Of Baroda Refute Claims Of Fraud
Kenya Insights allows guest blogging, if you want to be published on Kenya’s most authoritative and accurate blog, have an expose, news TIPS, story angles, human interest stories, drop us an email on tips.kenyainsights@gmail.com or via Telegram
Related Topics:
Up Next