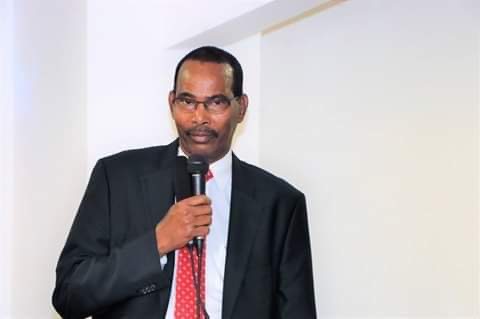 Mr Habat Abdi Sheikh has been a man who rose from the humblest of all backgrounds, scaled the height of leadership and has successfully served in positions with respect and dedication.

Mr Habat currently the director of basic education in the ministry of education has been praised for his wonderful leadership style and visions. He is an accomplished education activist who has agitated for better academic infrastructure for the schools in the Northern part of Kenya. He has especially created a name for himself by advancing girl child education.

The Garissa County native has been vocal on issues that affects the people and has been agitating for their welfare both in his private and official capacity. This earned him positive reviews courtesy of his leadership based on solving issues and problems like lack of good classrooms , learning equipments and materials that has bedevilled the Northern counties.

Habat has now emerged a favourite and influential figure among the residents of Garissa County who regard him as a transformational leader who if given the pedestal and the podium to serve the great Garissa people will immensely contribute to the growth and development of the area.

Kenya Insights allows guest blogging, if you want to be published on Kenya’s most authoritative and accurate blog, have an expose, news TIPS, story angles, human interest stories, drop us an email on [email protected] or via Telegram
Related Content:  Dan Okwiri: How Kenya Airways Destroyed The Miraa Business For The Somali And Meru Communities
Related Topics:
Up Next