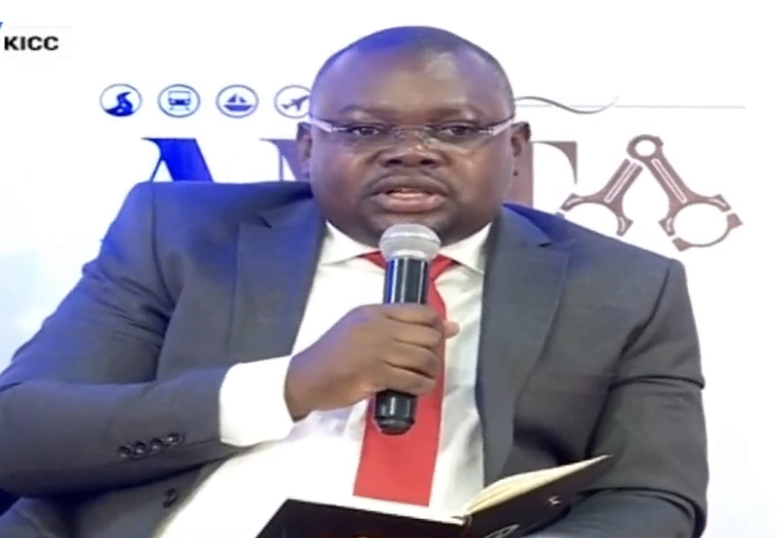 The Anti-corruption court ruled that the properties be frozen for six months to allow investigation into the miraculous bloated bank accounts of Ajwang.

In a letter dated 10/10/2022, the lobby group reports on the claims of secret operation by Kenya Rural Roads Development Young Director Wilfred Oginga who accusing him of having been mincing millions of shillings at the parastatal.

The lobby group seeks involvement of EACC and Assets Recovery Agency to inveatigate Wilfred Oginga who has been in secret operation looting public funds and sponsoring politicians for tender deals.

Part of the letter reads, “The source of lavish lifestyle of Wildred Oginga is a matter of concern and raises eyebrows as it is against the odds considering his salary renumeration. Oginga owns a corner house located in Kuwida upmarket Nairobi Karen area which during its construction, a Chinese firm was involved. Oginga has another house in Syokimau Machakos county which was also constructed by the same very Chinese firm with H Young which is doing multibillion road tender contracts with Kura. Documents attached”

Part of the letter shows how Oginga launders his ill-gotten wealth, tender kickbacks through accounts operated by Luton hospital located on China Centre along Ngong road, Nairobi. A move aimed at tax evasion and that there’s a plan to open its branches and satellite ones across the country to streamline the risk of taxman KRA capture and also broaden the money laundering scheme.

“Oginga uses a microfinance institution by the name Koba Capital to also launder and hide millions of shillings in the pretence of offering loans to its members. “We have information that Oginga and his associates at Homabay county during the regime of Governor Cyprian Awiti had construction firms operated by proxies who landed lucrative tenders and payments made affront but had projects stalled midway.” Koba Capital CEO is Richard Odak Odak.

Apart from Koba being a microfinance, it also offers services in financing business SMEs, vehicles, education, property and road construction. As a result, payments and kickbacks made in favor of Oginga allied proxy firms are done in pretext of servicing loans for road construction advanced to seal loopholes. In our investigation we found out that Oginga he was extremely involved in the hotly contested Homabay gubernatorial race. He threw his weight behind Gladys Wanga who won and his wife believes they are a thing. Had Raila Odinga won the elections, his friends knew he was going to be tbe next Kura Director General as he boasted of his close relationship and blood relationship with the Ogingas.

Part of the letter questions validity of road tenders that were awarded in his home county; Adiedo-Otaro-Wagwe worth 25million without due process. Oginga is a man on a tight rope as the lobby group is seeking to move to court should EACC and Assets and Recovery Agency fail to act.

Kenya Insights allows guest blogging, if you want to be published on Kenya’s most authoritative and accurate blog, have an expose, news TIPS, story angles, human interest stories, drop us an email on tips.kenyainsights@gmail.com or via Telegram
Related Content:  Four Firms Caught Up In Ruaraka Land Fraud
Related Topics:KURAWilfred Oginga
Up Next