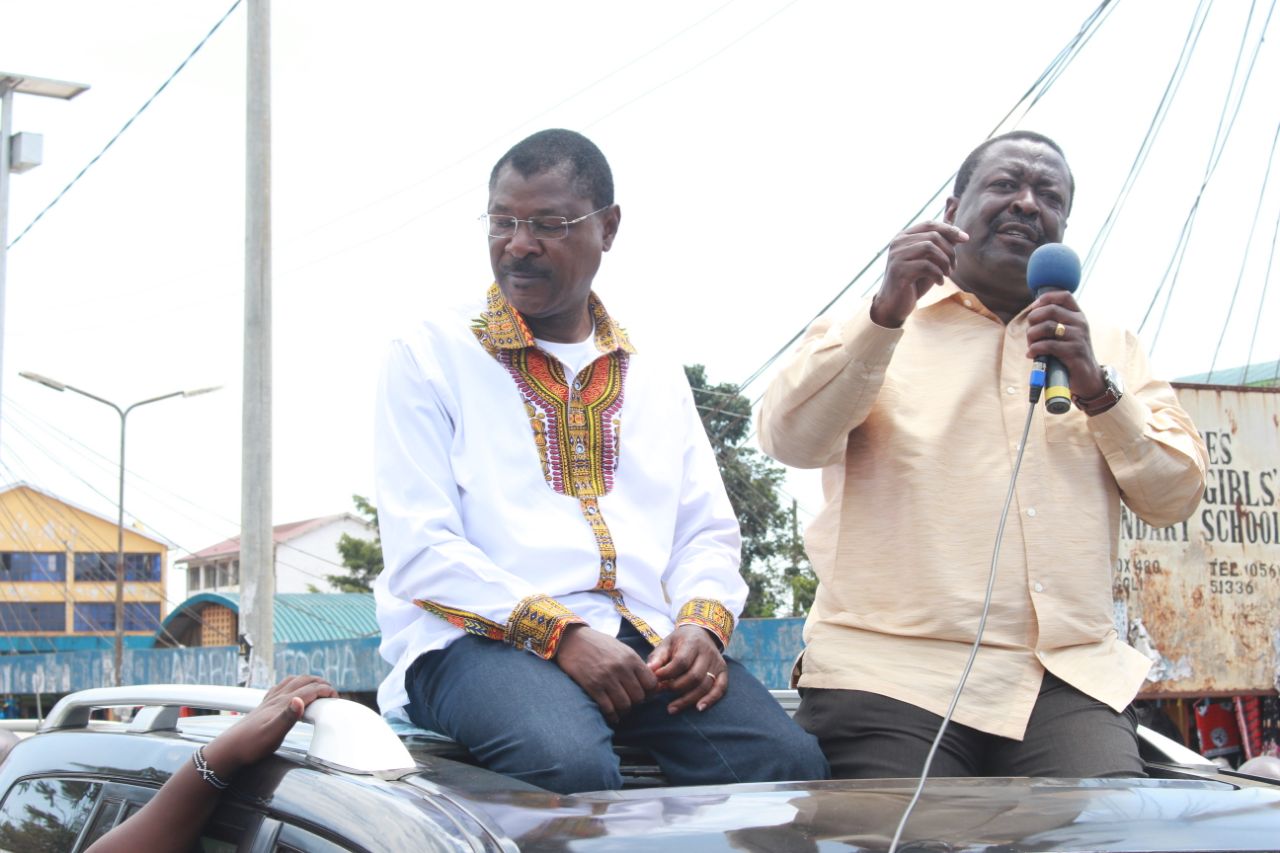 Mudavadi and Wetangula at a Luhya Unity rally after breaking ranks with Raila.

Kenyan politics is tribal, and that’s what it is, securing community or tribal backyard is the first step to climbing to leadership at whatever level. Clan politics characterize county assembly, parliamentary, senatorial and gubernatorial positions.

The much talked about handshake between President Uhuru Kenyatta opposition leader Raila Odinga sent a strong message both to allies and opponents. It marked an end to a meaningful NASA coalition where Odinga and his ODM party were members.

Odinga was considered to have walked out of the Nasa marriage when he walked through the revolving doors and made the unexpected handshake with President Kenyatta at the doorsteps of Harambee house. His allies (Kalonzo, Mudavadi, and Wetangula ) saw that Odinga needed some break or distance from the relationship, so they had to retreat and re-strategize ahead of 2022.

Mudavadi and Wetangula have since gone back to their backyards to unite their community as the first step towards clinching the country’s top leadership in 2022. Their move has been branded tribal though it’s not different from what other top politicians do. When the two backed Odinga in 2017 it was never seen as a tribe supporting Mr. Odinga but patriotic brothers working with like-minded politicians to provide better leadership.

It must be taken into consideration that the handshake caused political jitters and realignments. Musalia Mudavadi who is rumored to be the brain behind NASA had to ditch snitching friends who hold no much significance around him, and so he altered his perspective and focussed on the unity of his community first.

There is this myth that is poisoning the minds of the electorate that Luhya nation is vote-rich but never votes as a bloc. Dead wrong, over 70% of this bloc has voted in one direction since 2002, and so in that design, it is not a divided bloc. Nyanza, for instance, is considered a united bloc but in it, Kuria and Kisii regions have been infiltrated by Odinga’s opponents season in and season out.

ODM party should not believe that they live in a perfect and that if you don’t agree with them, then their spanner boys like Edwin Sifuna should call you all sorts of names.

Hon Musalia Mudavadi has a compelling political resume that grants him all the authority to solidify support in his backyard to go for the top seat in 2022. Everybody is playing their game. This country has in the recent past witnessed several visits that idling leaders have made to Kabarak to save the diminishing future of the dynasties. Keyboard politicians from the orange party will call that development, but moves to unite Luhya nation will be branded as efforts to sell the community to the highest bidder.

Luhyas have never been sold to any bidder at any time; they have in most cases voted with Odinga, a renowned stingy man who has collected money from poor Kenyans to aide his campaigns but provided no alternative leadership in the end; instead, he walked his cronies to the unwanted system.

The western bloc is not divided as such; the leadership in that part of the world is only working ways to have a prevailing party like any region in Kenya. They have discovered who the real friends are and individuals who beg for mercy and ride on other people’s back. Ex-partners like the orange party are feeling godly with the fame that came with handshakes and hugs but severely is blind to see that the electorate has realized that they meant no good for the region.

Handshake didn’t prove that dynasties are statesmen, but it marked the moment when other leaders learned harsh lessons. The electorate is now awake, and the desperate voices to create positions for old and retirees from political dynasties are landing on deaf ears. This country needs a serious and sober leadership, uniting western Kenya should be the first step towards that.