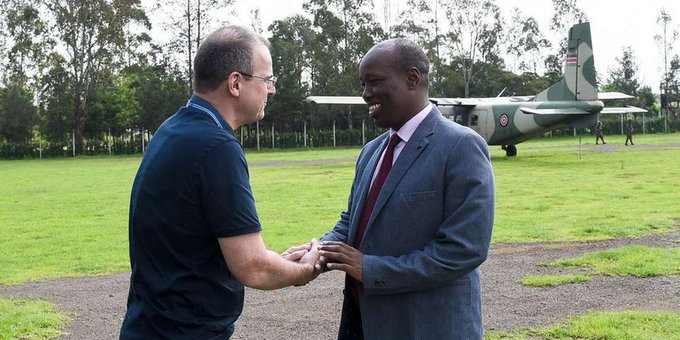 Construction of the Lanet Airport in Nakuru is set to begin in the next three months after years of long delays.

The Kenya Airports Authority says the 3 billion shillings facility will be funded by the exchequer next to the Lanet army barracks.

The airport is expected to be a boon to the agricultural-rich county of Nakuru which accounts for 75 percent of horticultural exports from Kenya.

According to the project documents, the Ksh 3 billion project, located at the 81 Tanks Battalion Barracks, will see the Lanet Airstrip elevated into a modern international airport, which will be used by civilian aircraft connecting to major towns in the country.

According to the Kenya Airports Authority the current military airstrip will be upgraded in two phases in partnership with the county government of Nakuru.

The first phase of the project will consist of a 1.7 km runway, rehabilitation of the existing runway to bitumen standards, erection of a fence, construction of taxiways, a terminal building, a military lounge, air rescue and firefighting building, a power substation, a patrol road, and military and civilian gates.

The second phase will concentrate on expanding the runway from 1.7km to 3.6km, thus ensuring the airport accommodates bigger aircrafts.

The county is banking on the facility to bolster its economy by enhancing connectivity.

The county relies on refrigerated trucks to ferry horticulture and flowers to the cargo hub at the Jomo Kenyatta International Airport.

Kenya Insights allows guest blogging, if you want to be published on Kenya’s most authoritative and accurate blog, have an expose, news, story angles, human interest stories, drop us an email on tips.kenyainsights@gmail.com or via Telegram
Related Content:  Chinese Firm To Collect Toll Fees On Nairobi Expressway For 27 Years
Related Topics:
Up Next