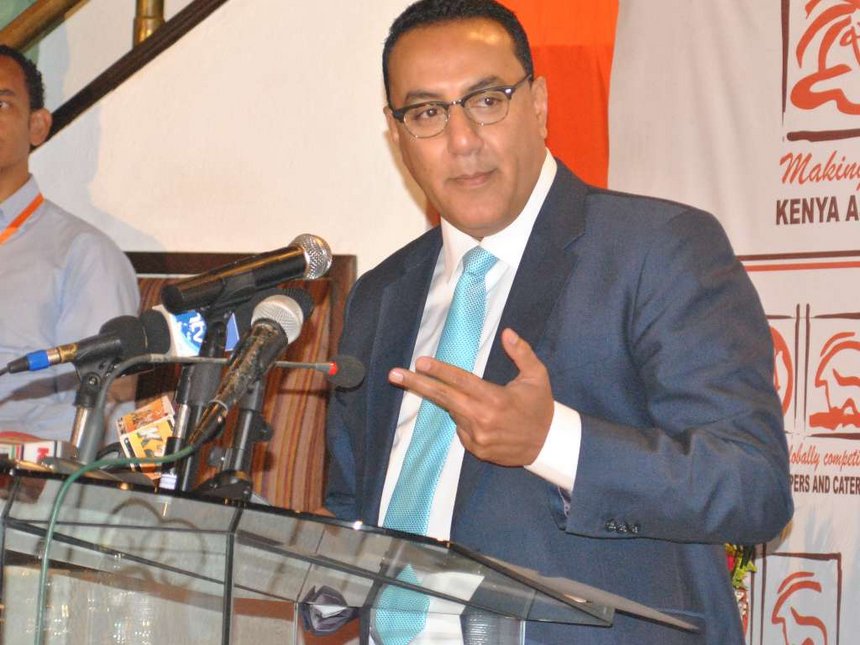 Cabinet Secretary for Tourism Najib Balala has rubbished claims that the Kenya Wildlife Service (KWS) had resolved to raise park fees by 300pc due to coronavirus as published in the local dailies. The CS further stated that the new rates have also been suspended until further notice due to the Coronavirus.

In a public statement released on Tuesday, Balala said the news was misleading as the new KWS parks fees spike were announced late last year and gazetted to take effect in July 2020 and have nothing to do with the global pandemic. 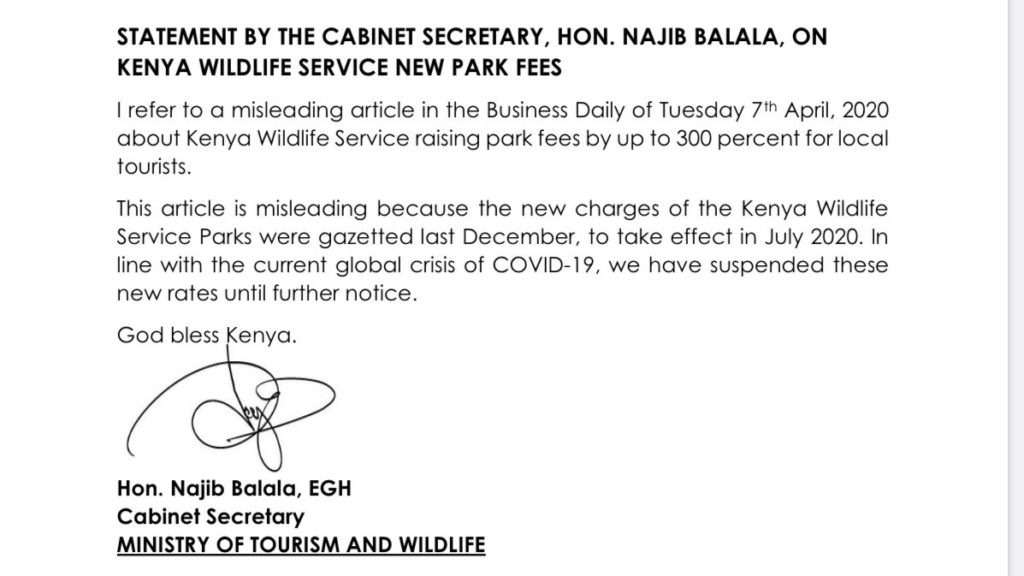 Kenya Insights allows guest blogging, if you want to be published on Kenya’s most authoritative and accurate blog, have an expose, news, story angles, human interest stories, drop us an email on tips.kenyainsights@gmail.com or via Telegram
Related Content:  Netflix Subscribers Surge By 16 Million
Related Topics:
Up Next

Kenya’s Economy Estimated To Lose Sh1Trillion Due To Coronavirus