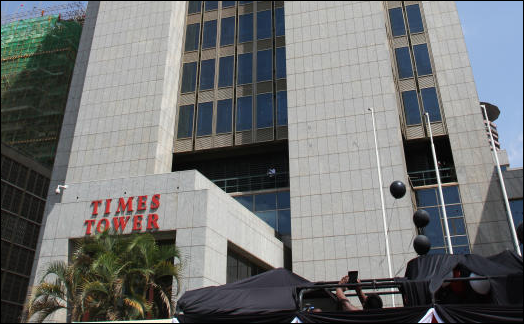 Plans that the Kenya Revenue Authority (KRA) was going after M-Pesa transactions to tax small-medium enterprises (SMEs) were not well received by Kenyans. It now looks as if KRA has indeed gone ahead to gain access to Kenyans data as the government has now started collecting and analyzing mobile-based financial data troves from mobile service providers.

The taxman will match the transactions with the returns made by individual taxpayers to establish whether the figures are consistent.

KRA has a legal mandate, according to ICT Cabinet Secretary Joe Mucheru, to get access to and use transaction data held by telcos and other finance-based institutions such as banks and fintech firms as the tax collector aims to hit projected tax volumes. KRA is under pressure to hit the target of collecting 1.9 trillion shillings, after missing targets on several occasions.

The CS has assured Kenyans who had raised concerns over data protection issues that the exercise will not abuse people’s privacy and protection, however, he has insisted the government will access personal data if it helps catch people evading tax.

Desperate KRA has in the past few months taken brave measures to ensure they meet targets with corruption being blamed as the major challenge hindering the agency’s efforts to collect enough revenue.

Kenya Insights allows guest blogging, if you want to be published on Kenya’s most authoritative and accurate blog, have an expose, news, story angles, human interest stories, drop us an email on tips.kenyainsights@gmail.com or via Telegram
Related Content:  Museveni's Administration To Register And Monitor Social Media Influencers
Related Topics:
Up Next