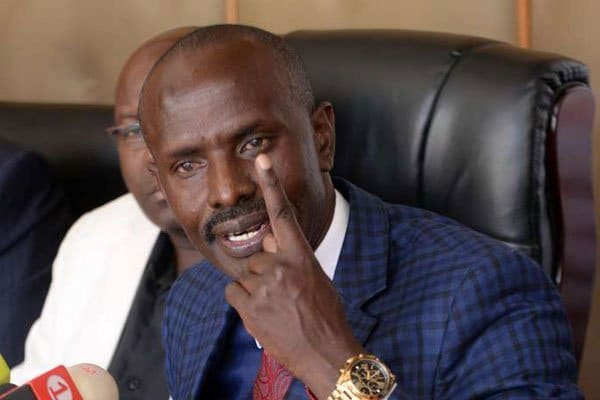 The Kenya National Union of Teachers (Knut) has issued a 22-day notice to the Kenyan government listing a number of demands that should be met before schools reopen in January.

Among the demands, Knut wants the centralised procurement of course books scrapped off, a stop to teachers delocalisation, headteachers to be allowed to join the union and for the suspension of the National Education Management Information System (Nemis) launched in 2017 to allocate funds to schools.

“It was totally wrong to decentralise the procurement and supply of books, this is a plan to steal public money. We know those who are behind it and we shall expose them… Nemis must be withdrawn because it is now being misused to punish teachers. Its use should be stopped until teachers’ representatives meet ministry officials to address the challenges they are facing in using the system,” Wilson Sossion said.

For more than a decade, the Teachers Service Commission (TSC) and Knut have had a love-hate relationship characterised by costly strikes and lengthy court disputes. Recently the relationship saw TSC threaten to end a recognition pact with Knut.

Speaking in Mombasa during the Kenya Primary Schools Heads Association (Kepsha) week-long annual conference, Knut Secretary General Wilson Sossion said the Teachers Service Commission (TSC) and Ministry of Education should resolve their grievances over the demands before Christmas. “TSC should hold a meeting with teachers’ representative before Christmas to avoid disruption of school programmes in January,” he stated, “TSC should not imagine that they can choose the leadership of the union. TSC’s attempt to revoke a recognition agreement signed in 1968 is the lowest point it can go.”

Sossion also called for the abolishment of the policy that states pupils with fees arrears should not be denied certificates.