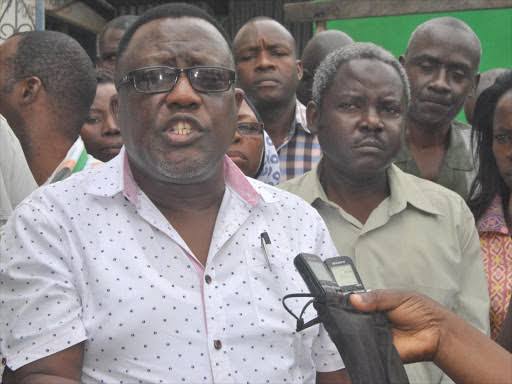 Fear and panic has gripped not only the Kilifi County Government offices but the residents as well. This follows the fears that the DG who had traveled to Germany and has been back in the county since 1st March, could’ve been infected with the deadly virus.

Concerns were raised that the DG despite shaving traveled from a high rate infected country, Germany, allegedly refused to quarantine himself for the mandatory 14 days.

Locals took to the social media to condemn the deputy governor, referring to him as a “selfish and irresponsible leader” who has put the lives of many Kilifi residents at risk.

This was after some residents claimed they interacted with Mr Saburi, shook hands and even hugged him after his return from Germany.

After landing from Berlin, the DG developed complications and had sought treatment in Mombasa at one of the leading private hospitals. He was admitted for three days.

He then went about with his normal business, attending meetings and other functions including women’s international day, funeral and many others.

Governor Kingi is said to have warned the DG against traveling to Germany at a time when the country had been flagged but the appetite for per diem couldn’t hold him back.

On his return, the Governor again asked him to self quarantine but he defied. Fear gripped mostly executive members of the county who suspected having been infected since they interacted with him on several occasions.

Standing his ground not to self quarantine, it took the intervention of the DCI to literally arrest him and put him in isolation with his driver. He’s believed to being held at Mbagathi Hospital. “Today, we have been forced to quarantine an individual in Kilifi County after refusing to do so, on arrival from abroad. And we will continue doing so to protect other Kenyans from the contagious virus,” Health Cabinet Secretary Mutahi Kagwe said while confirming the incident. 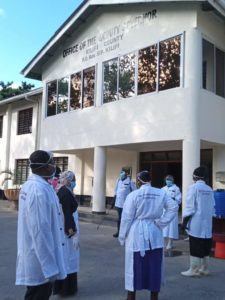 Governor Kingi in conversations seen by Kenya Insights, is a angry man over the recklessness shown by the DG and exposing not only the staff of the county but many residents that he interacted with by the chain link.

Related Content:  Coronavirus: Five Priests Including Nuns And Others Who Got In Contact With Rome Priest In Siaya Traced And Quarantined

Government is currently tracing those that the DG might have interacted with to put them in quarantine.