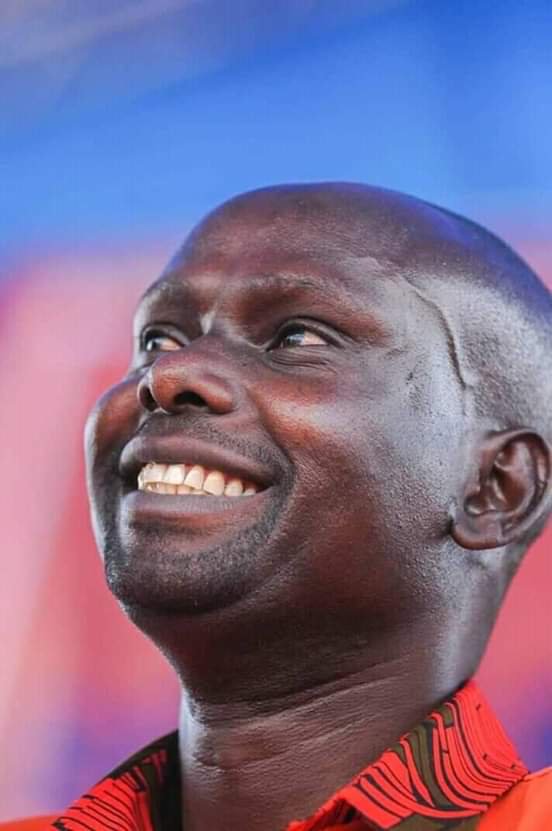 McDonald Mariga, the Jubilee candidate in the Kibra by-election has conceded defeat.

In a video call clip shared on social media, Mr Mariga thanked his Orange Democratic Movement (ODM) rival, Imran Okoth, for race well fought and offered to be assistance if need be.

Mariga said that he would remain in the Jubilee Party and thanked supporters for rallying behind him.

Now the Orange Democratic Movement leader Raila Odinga can rest easy after his party retained the Kibra seat despite a spirited fight by Deputy President William to snatch it for Jubilee Party.

An ODM loss for Kibra, which Raila Odinga cast as his bedroom during heated campaigns, would have been a painful humiliation.

Raila was MP for the area for two decades when it included Langa’ta, now an independent constituency represented by Jubilee Party’s Nixon Korir.

Kibra Constituency has been the arena on which Raila and Ruto have battled in what is being termed as a rehearsal for the highly-anticipated 2022 presidential election.

Raila and Ruto pitched tent in the constituency in what is largely seen as the Deputy President’s attempt to send message to his once Pentagon colleague in 2007 General Election which led to post-election violence over alleged vote rigging.

The DP is seemingly venturing beyond his Rift Valley stronghold, seeking to make new ground and allies outside of his backyard. Raila, on the other hand, was keen to demonstrate that he still has a grip on his strongholds having lost the Ugenya and Embakasi South by-elections.

Ruto who hopes to succeed President Kenyatta in 2022 appeared to use Kibra as a test ground for his battles with Odinga, whom he perceives as his greatest political opponent.

And though his candidate may have not won, Ruto’s supporters say he succeeded in rattling Odinga’s base.

So high were the stakes that Odinga had to fly home from a trip in Nigeria to cast his vote at Old Kibra Primary School.

“We are in our bedroom. I want to urge our people to protect our bedroom against infestation by strangers and outsiders,” said Raila shortly voting.

Activities in Parliament were almost paralysed after both Jubilee and ODM politicians trooped to the slum constituency to monitor the voting which was marred with claims of voter bribery and violence.

While the DP had rallied his troops to vote for Jubilee Party candidate McDonald Mariga, the ODM leader waged an aggressive campaign in support of Benard Okoth (Imran), the brother of former MP Ken Okoth whose death in July occasioned the by-election.

On Thursday, police were forced to fire in the air to protect former Kakamega Senator Boni Khalwale and MPs Benjamin Washiali (Mumias East) and Oscar Sudi (Kapsaret) from an angry mob which attempted to flash them out of a polling station.

A majority of committees in Parliament had to call off their day’s business for lack of quorum as members were in Kibra observing the by election for their respective parties.

And in the afternoon session, the quorum bell had to be rang several times to call in members for the sitting to commence.

Two key committees, Administration and National Security and the Lands committees had to call off the day’s business due to lack of quorum.

Administration and National Security committee chairman Paul Koinange said he called off the meeting as only three members were present.

“Majority of the members sent apologies as they were engaged in Kibra acting as agents for their respective parties,” Koinange said.

In the Lands Committee, the meeting ended half way after members left leaving only their chairperson, Rachael Nyamai to proceed.

Some motions were dropped during the afternoon session as the movers were not present.

Boniface Mwangi: Kibra Residents, This Is Mariga For You